In May 2016, Charlie Lee and Jared Tate, the creators of Litecoin and DigiByte, cryptographically proved they were the creators of their blockchain platforms in less than a minute. 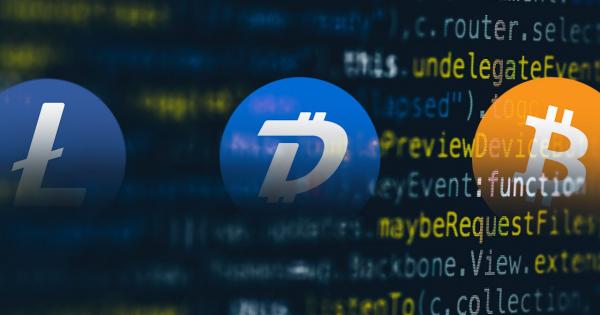 In May 2016, Charlie Lee and Jared Tate, the creators of Litecoin and DigiByte, cryptographically proved they were the creators of their blockchain platforms in less than a minute. If Craig Wright is truly Satoshi Nakamoto as he claims, why doesn’t he do the same on the Bitcoin blockchain?

It has been more than three years since Craig Wright became the main focus of the crypto world by declaring he is Satoshi Nakamoto, the true creator of Bitcoin. And while the Australian programmer certainly wanted to make a big entrance, the community reaction has been less than welcoming, to say the least.

Some, of course, believed Wright and the vague and mostly circumstantial evidence he has so far provided is sufficient to back his claims. And, a small group of people, oftentimes supporters of Bitcoin SV, do indeed believe these claims.

The majority, however, found Wright’s claims to be nothing short of absurd. Of course, that didn’t stop Wright from making dozens of public appearances, giving countless interviews, and authoring numerous blog posts where he elaborated about his involvement in the creation of Bitcoin.

All of that could have been avoided, though, if Wright just used the key of Bitcoin’s Genesis Block to sign a message. The genesis block is the first block of the blockchain—with block height 0.  By signing a message using the keys of the Genesis Block, Craig could once and for all prove he possesses the key which only Satoshi has access to.

This was something Charlie Lee and Jared Tate, the respective creators of Litecoin and DigiBytes, knew even back in 2016. More than three years ago, Lee tried to put an end to Wright’s ludicrous claims by showing him how a blockchain creator can prove his identity.

On May 2, 2016, Lee used the key of Litecoin’s original block to sign a message saying “I, Charlie Lee, am the creator of Bitcoin.”

Here's my proof. Simple. No need to have a proof ceremony and a long blog post.https://t.co/icmGGTKPsZ

Tate, the founder and CTO of DigiByte, soon followed suit by signing his own message. The message, where he stated he was the creator of the DigiByte blockchain, was sent from an address from the network’s first block, created on Jan. 10, 2014.

Just like @SatoshiLite w/ #Litecoin Here is simple proof I am the creator of #DigiByte #blockchain #Satoshi #Verify pic.twitter.com/6gAZCmlGpp

As only the creator of a blockchain, in this case Bitcoin, would have access to the key associated with the Genesis Block, signing a message with that key would be the ultimate proof of ownership.

Wright seems to have been aware of this when he provided the list of Bitcoin addresses as part of a court proceeding. Wright claimed that he did not remember the specific addresses that would prove he mined the first blocks on the Bitcoin blockchain, but said that he could just look up addresses from the block rewards on the blockchain.

However, researchers quickly found that Wright just scraped the blockchain for early block reward beneficiaries and claimed those as his own addresses. The list of the first 70 block reward addresses, not including the Genesis block, line up perfectly with the redacted list Wright filed in court.

Jared Tate is the founder and creator of the DigiByte blockchain. Learn More