The private key to Satoshi Nakamoto’s $8 billion Bitcoin fortune is on this site—and so is yours Sam Town · 4 years ago · 2 min read
This article is more than 2 years old...
News › Bitcoin › Technology

It’s no secret that a cryptocurrency wallet can be accessed by a private key—a string of letters and numbers that, if revealed, allows all those who hold it access to the cryptocurrency held within. 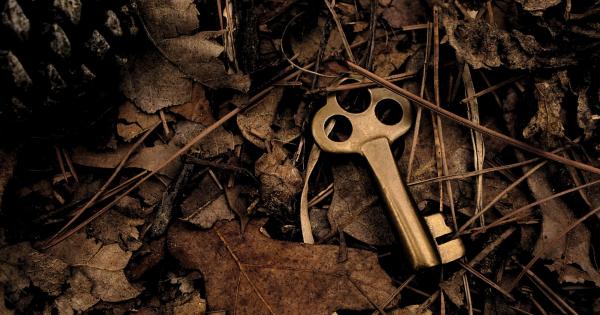 It’s no secret that a cryptocurrency wallet can be accessed by a private key—a string of letters and numbers that, if revealed, allows all those who hold it access to the cryptocurrency held within. Private keys can be lost in many ways—phishing hacks, malware, by accident or even by brute force–and given enough time, it’s possible to generate a private key that will unlock a crypto wallet that contains a fortune.

The concept of brute-forcing cryptocurrency wallets is not new. Given a completely random private key, it’s possible to create a corresponding public key to check the balance of the wallet in question to determine whether it contains any cryptocurrency. There are several tools in existence that can be used to attempt this.

Keys.lol, however, is a website that performs the same function as a brute-force private key generator, packed into a neat, streamlined package.

In addition to generating wallet addresses from private keys, Keys.lol checks for previous transaction history and balance. The private key to every single Bitcoin and Ethereum wallet in existence is listed on Keys.lol—including Satoshi Nakamoto’s purported $8 billion Bitcoin hoard.

Brute Force Tools Illustrate the Security of the Blockchain

The idea of miraculously stumbling across a Bitcoin wallet’s private key— say, any of the wallets on the Bitcoin rich list—is attractive, potentially netting lucky punters billions instantly. While Keys.lol may capture the attention of digital treasure hunters, the way in which it operates demonstrates the security of blockchain technology.

For most cryptocurrencies, there are only 2^256 private keys in existence. This is an unimaginably big number. Attempting to crack the private key for a specific wallet, for example, would require the computation of 115 quattuorvigintillion different combinations—that’s a 78-digit number that looks like this:

Even the world’s fastest supercomputer—the IBM-built Summit, which consists of 37,000 processors performing 200 quadrillion calculations per second—would take an eternity to crack the private key to a specific cryptocurrency address using 256-bit encryption.

The extremely low chance of finding a winning pair via this method hasn’t deterred enterprising developers trying their luck. The Large Bitcoin Collider is a controversial community-driven distributed effort to find at least one collision of private Bitcoin keys, operating in a similar manner to mining pools.

To date, the Large Bitcoin Collider has succeeded in capturing private keys that yield only minimal BTC but has found a number of so-called “puzzle transactions,” mysterious artifacts within the Bitcoin blockchain that defy explanation.

Larger than the estimated total number of atoms that compose the visible universe, 115 quattuorvigintillion is obviously a very large number. Keys.lol makes a very obvious point: While your private keys may be susceptible to being compromised by all kinds of social engineering, phishing and malware attacks, a brute-force attempt to access your wallet is incredibly unlikely.

Unlikely, however, doesn’t mean impossible. There is an exceedingly small chance that hitting “random” on Keys.lol will provide you with the private key to billions in Bitcoin or Ethereum, but it’s definitely worth a try.