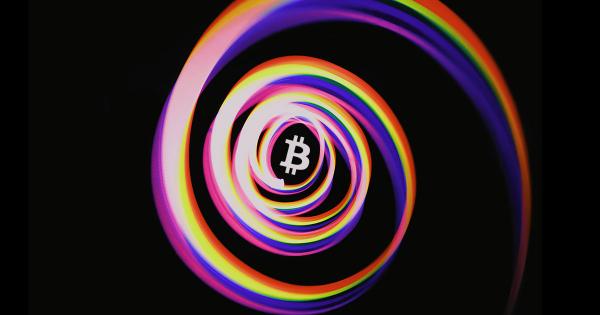 Photo by Reid Zura on Unsplash

CryptoSlate recently sat down with Ethan Vera, the CFO of Luxor Mining Pool and a former investment banker at Goldman Sachs. At Goldman Sachs, he worked on the firm’s blockchain team.

We talked about a number of subjects, including Bitcoin mining centralization, how money printing affects cryptocurrency, and why the much-fabled BTC mining “death spiral” never really transpired after the halving. We also talked about how Luxor and their latest project, Hashrate Index, is trying to better improve crypto mining.

Bitcoin mining centralization: Is it a concern?

CryptoSlate: Do you have any concerns about Bitcoin mining in China?

Ethan Vera, CFO of Luxor Mining Pool: My concerns on centralization are definitely at the management level vs. production level.

A lot of people are concerned with the headline figure that 65 percent of the world’s hash rate is produced in China. I don’t think that is a concern. It’s a function of the supply chain — China is good at producing machines, they have good energy infrastructure and friendly regulations towards miners. I think the chance of anything occurring at a production level is minimal, especially from the government. But the management of hash rate worries me.

There are three entities — Bitmain, Poolin, and f2pool — that have over 50 percent of the network. If you brought in three individuals with their laptops, you could attack the network. If you did it in the middle of the night in China, you could reorg with multiple double spends. Some people argue you could just reverse it, but many think the value of Bitcoin is its immutability. So even if Bitcoin gets double-spent once, that’s a concern.

I think the centralization of hashrate management in any country is a risk, even centralization in the U.S. or Canada. Ideally, we get to a place where no single country has more than 30 percent of the network at the management level. I think that would be safest.

It’s unclear how certain governments will fight against Bitcoin. If China wants to push its central bank currency, who knows, they may try and attack Bitcoin through a double-spend attack. That would drive Bitcoin price down and make it lose a lot of long-term value.

CryptoSlate: There have been moves to nationalize mining in countries like Venezuela and Iran. Does that concern you at all?

Ethan: In Venezuela, it’s a bit different where there are miners who are using their operations to escape their devaluing currency. That’s an awesome way to do that and skirt capital controls. But I know governments are trying to get a handle on it, especially the ones with capital controls. I assume they will crack down on mining and seize farms where possible.

Same thing with Iran. Iran wants to avoid capital flight from civilians, but the government themselves want to use Bitcoin to avoid sanctions.  Getting control of Bitcoin mining is a good way to avoid sanctions, similar to how North Korea does with Monero mining.

I don’t have any concerns about it as each of these jurisdictions has a few percentage points of the hash rate. This just highlights the need for governments to support the local mining industry, where mining is becoming a natural security concern in a world where Bitcoin is becoming increasingly valuable. I think it will put pressure under the Canadian and U.S. government to at least be supportive of it.

CryptoSlate: There have been attempts to value Bitcoin using hash rate and the energy consumption of the network. Is there any credence to the statement “Bitcoin’s intrinsic value is cost production.”?

Ethan: I don’t think so right now. I think the Bitcoin price is driven highly by speculation and supply/demand, which miners contribute to. Hashrate follows price and not so much the other way. Miners may cause sell pressure during times where their margins are squeezed and they need to sell off their balance sheets. That has some effect on price.

CryptoSlate: There was a lot of discussion about a Bitcoin death spiral around the halving. As an insider in the mining space, can you explain why that didn’t happen?

Ethan: Yeah, in the most extreme example, a death spiral would happen after block 1 of the post-halving difficulty epoch. That’s when there are 2,015 blocks to go until the next difficulty adjustment. In that case, if Bitcoin’s price crashed even further, miners would be less incentivized to mine because you’re getting paid less reward. In this extreme example, the block reward is cut in half while the price of Bitcoin is down significantly. That would be a double decrease in revenue for miners. Even in that case, there will be low-cost miners working on the network that would eventually get to the difficulty adjustment.

With the recent halving, it didn’t happen — there was a 25-30 percent drop in the hash rate at most. And that loss was from miners that were less profitable. There was at least ~100 exahashes/sec remaining on the network.

It may happen for altcoins, but for Bitcoin, I don’t think a death spiral will ever happen.

Thoughts on other Bitcoin topics

CryptoSlate: Transaction fees have been on the rise again — we’re at like 80 sats per byte.  Do you have any thoughts on scaling solutions?

Ethan: It’s a dual-edged sword because miners benefit from transaction fees, but users obviously want lower transaction fees. As we head into a period of lower and lower block rewards, fees become increasingly important to miners.

In some aspects, having high transaction fees relative to Bitcoin Cash is beneficial as it incentivizes miners to secure Bitcoin. I don’t necessarily see higher tx fees as a negative for the ecosystem. I know I’m a bit biased because I benefit from higher tx fees, but I think it is a benefit for Bitcoin as it makes the POW model work.

In the long run, there are some cool products like a transaction fee swap where you can do a futures bet on transaction fees. Miners can lock in the value of transaction fees; exchanges and service providers, who are hurt from high transaction fees, are on the other side of that market. That’s incredibly interesting to follow.

CryptoSlate: What are your thoughts on how money printing (QE, low interest rates, etc.) is affecting the Bitcoin market? Do you think this will be the key growth catalyst moving forward?

Ethan: I think it will be one of the keys. I am a firm believer that 2008 was a catalyst in making Bitcoin popular. A lot of the people you see in the Bitcoin space are ex-bankers and ex-finance professionals. I think that period of time turned these people on to Bitcoin and proved its use case.

If we enter into another period of heavy money printing and QE, that same narrative will resonate with a new wave of people coming into the space. We haven’t seen any major price action yet. But from a long-term perspective, this is bullish for Bitcoin. In an era of QE and unlimited money, it makes sense to have programmable money where the supply is known ahead of time.

More about Ethan and his company, Luxor Mining Pool

CryptoSlate: Please tell us a bit more about yourself and Luxor Mining Pool.

Ethan: Before mining, I was in finance in asset management, public equities, and then cross-border M&A between China and the U.S. That’s where I got exposure to the corporate level crypto industry, both working on IPO projects and on the blockchain team at Goldman Sachs.

Then we started Luxor two and a half years ago. It started as a Sia mining pool, then expanded into a number of different coins. We’re currently working on hashrate marketplaces and how you can trade that commodity. We’re working on a spot market for hash rate where sellers can liquidate their hash rate to a number of buyers. In the long run, we’re trying to build financial tools for hashrate such as futures, where miners can hedge their investment risk by locking in a percentage of their revenue and investors can speculate on an interesting asset class.

CryptoSlate: The Luxor team recently launched Hashrate Index. Can you tell us more about that and how that helps the average Bitcoin investor?

Ethan: Hashrate Index was created because of how opaque the mining market is. When you make an investment, you have to decide which machines to purchase, how the machines are priced, if there will be shipping delays, and more difficulties. Then, once you plug the machines in, you have to deal with firmware and selling your hashrate to a pool. This is pretty opaque and black-boxed — you don’t know if they’re stealing hash rate from you.

The whole value chain of mining is difficult and requires trust. This holds back many investors from diving into the industry. Hashrate Index was really us internally wanting to help investors and miners into the space by bringing transparency by showing historical rig prices, the value of hash rate, and a number of other metrics.

This transcript has been edited for brevity and clarity.