There is no doubt that “Bitcoin miner capitulation” is the flavor of the week for Crypto Twitter. 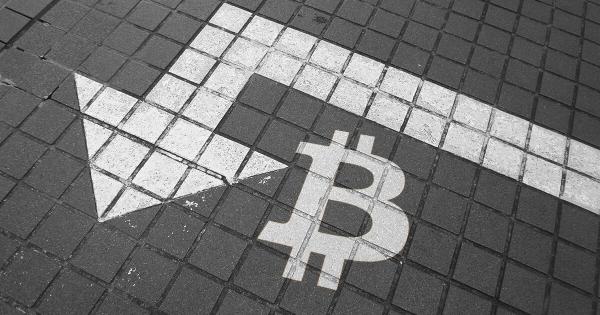 There is no doubt that “Bitcoin miner capitulation” is the flavor of the week for Crypto Twitter. Since BTC plunged dozens of percent over the span of 48 hours, all investors have been able to talk about is a potential collapse in the mining ecosystem.

While many of these fearful investors are making such discussion in anticipation of a further retracement in the value of digital assets, it ironically might be their calls for capitulation amongst Bitcoin miners that marks the start of a reversal to the upside. Here’s why.

Prior to the recent crypto market crash, most estimates put the cost of mining at around $8,000. Case in point: the below chart from prominent trader Byzantine General showed that the BTC production cost and average miner cash flow had trended towards $7,700.

Both the $BTC production cost and average miner cash flow arrive at the 7700 level.

This definitely isn't an important level or anything ? pic.twitter.com/5SF0V0LczA

Unfortunately, BTC decisively broke through this level in last week’s crash, convincing many that miners will soon go bankrupt, turn off their machines, and send the Bitcoin network into a “death spiral.” Just look at this linked Twitter search, in which you can see that everyone and their mother is talking about this.

According to prominent cryptocurrency analyst Light, the propagation of this narrative has convinced him of one thing: “make sure you’re long BTC.”

If I had to choose just one lesson to keep after years of trading crypto, it would be this:

When people start trotting out the miner capitulation narratives, make sure you're long BTC.

Noted Bitcoin trader DonAlt, who predicted much of the recent decline, echoed Light’s sentiment to a T, writing:

“Now that the narrative has switched from “halving is going to be bullish” to “miner capitulation” it’s time to look for longs again.”

What’s interesting is Light’s and DonAlt’s sentiment is baked in reality; rampant discussion of “miner capitulation” and the similar “mining death spiral” is what marked the 2018 and 2019 bottoms in the cryptocurrency market, suggesting it may do the same this time around.

At the start of December 2018, Santa Clara University professor Atulya Sarin released an infamous article to MarketWatch proposing Bitcoin was “close to becoming worthless.” She cited a “mining death spiral.” One week later, BTC found a bottom at $3,150.

Late last November, the miner capitulation and death spiral narrative appeared again as Bitcoin had fallen 50% from 2019’s highs of $14,000. Once again, it was all anyone could talk about. Three weeks later, BTC bounced off $6,400 to kickstart the next bull trend.

This historical accuracy of this “indicator” would suggest that Bitcoin, while maybe not at an ultimate price bottom, is at least very near to one.

This time is different

Although there is evidence to confirm the sentiment that the widespread use of the miner capitulation narrative marks bottoms in Bitcoin’s price, this time may be different.

Expected to be in May of this year, the next Bitcoin block reward reduction will come to pass. The halving will result in the cost of mining coins automatically doubling, which some fear will further put a massive strain on miners if BTC doesn’t recover some of its losses by then.

Thus far, though, this is just a fear, with few quantifying how exactly miners will be affected by Bitcoin’s upcoming change in monetary policy.