Joint efforts with former partner and billionaire Bitcoin bull Mike Novogratz, Goldman Sachs has thrown its weight behind BitGo in a bid to support the custodian’s lofty plan to build a “one trillion-dollar crypto wallet” for Wall Street.

Joint efforts with former partner and billionaire Bitcoin bull Mike Novogratz, Goldman Sachs has thrown its weight behind BitGo in a bid to support the custodian’s lofty plan to build a “one trillion-dollar crypto wallet” for Wall Street.

According to a press release by California-based BitGo—which in September made headlines as the first fully regulated crypto custodian in the US—Goldman Sachs and Galaxy Digital Ventures, Novogratz’ venture capital firm, have pitched in about $15 million to the startup’s Series-B funding round, which raised a net $58.5 million.

Goldman Sachs, the world’s second-largest investment bank by revenue, has long cultivated status as one of the cryptocurrency’s most deep-pocketed suitors. Having made waves with numerous ventures including the much-heralded, but a now-postponed Bitcoin futures trading desk, and a scattering of investments into blockchain startups.

The banking giant’s latest move builds on the steadily cementing narrative that Wall Street has turned its multi-trillion-dollar spotlight to cryptocurrency, and is looking to get its feet wet as soon as possible.

Crucially, in backing BitGo, Goldman Sachs appears to have thrown its custody solution on the backburner—coming off as a hair-trigger response to meet investors’ rapidly growing appetites for digital assets.

“Greater institutional participation in the digital asset markets requires secure and regulated custody solutions. We view our investment in BitGo as an exciting opportunity to contribute to the evolution of this critical market infrastructure.”

To BitGo CEO Mike Belshe, his firm is as good as the first vanguard ready to meet the initial wave of institutional capital with its security, compliance, and custodial cold-storage facilities for cryptocurrencies. While he admitted the industry’s largest investors are still on the sidelines, he explained BitGo wanted to have the first-mover advantage:

“No one is better positioned than BitGo to serve institutional investors who want to trade cryptocurrencies and digital assets. That’s why we’re focused on figuring out what it takes to secure a trillion dollars. The market’s not there yet but our job is to be ready first.”

And yet, while many indicate regulatory uncertainty as a cause for the market’s current lack of fireworks, substantial evidence exists to suggest that institutions may not be willing to take any chances, and have quietly started to hedge in large positions on Bitcoin for an impending upturn. 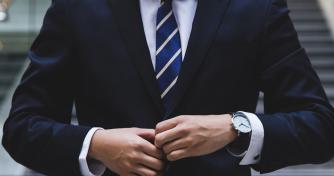