South Korea has always played a crucial role in crypto development and proliferation. 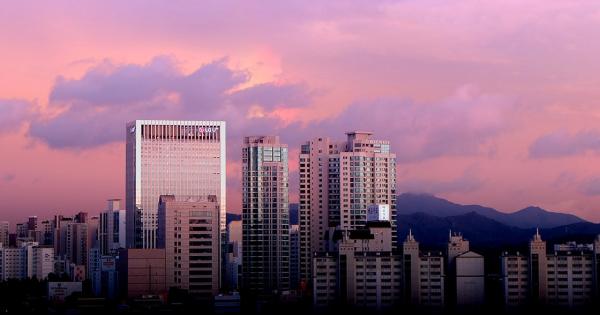 Photo by Janis Rozenfelds on Unsplash

South Korea has always played a crucial role in crypto development and proliferation. As one of the most technologically connected societies in the world, South Korea is ideally positioned to participate in the burgeoning crypto movement.

In fact, despite a relatively small population, South Korea only falls behind Japan and the U.S., two countries with substantially larger populations, in Bitcoin adoption. Moreover, the country’s 52 million people account for 17% of all Ethereum trades, and 2/3 of the world’s crypto exchanges reside in South Korea.

Recently, South Korean officials were busy making the digital economy more viable in the country. In addition to legalizing crypto exchanges, it seems increasingly likely that ICOs will be sanctioned as well. For a country so immersed in the crypto economy, this is undoubtedly good news.

However, the crypto boom hasn’t been unambiguously positive for South Korea. According to The Verge, 30% of traditional, salaried employees and 80% of millennials invested in cryptocurrencies during their precipitous rise.

Now that prices are down, many investors are reeling. The impact is so severe that South Korea’s prime minister noted that “serious distortion or pathological social phenomena” are resulting from the so-called Bitcoin bust.

Therefore, it is particularly apt that South Korea is preparing to host a flurry of cryptocurrency and blockchain related events at its annual Korea Blockchain Week. The five-day event features thousands of attendees, dozens of speakers, and a packed schedule focused on the industry’s most controversial aspects.

Of course, Korea Blockchain Week is more than just meetings. Before throwing a free “last man standing” party featuring a DJ and an open bar, the iCapital Blockchain Party presents a compelling panel discussion hosted by CNBC’s Ran Nue-Ner. The panel features 14 industry leaders from across the blockchain space, and it includes members of iCapital, MarketAcross, and eToro.

This particular panel is primarily comprised of industry leaders from South Korea and Israel, and it’s expected to produce insights to bridge these two burgeoning crypto economies. Focusing on emerging industry trends and the rapid expansion of the blockchain ecosystem, panel presenters, and audience members will grapple with the implications of these changes while developing news ideas the industry’s development.

Both countries are experiencing prolific blockchain adoption so a better understanding of processes and market intricacies will help support more successful implementation to benefit them both.

Conference attendees also have access to a collection of meetups that provide intellectual content as well as practical business opportunities. For example, the Blockchain Partners Summit includes opportunities for product demonstrations and pitch meetings for interested investors.

A Flurry of Presenters

When it comes to thought leadership and education, the week’s most expansive event is the Beyond Blocks Seoul Summit. This sold out summit is a two-day event with a packed schedule. Prominent industry figures from around the world are set to present on topics including regulation, mass adoption, and payment structures – three prominent issues in the blockchain realm.

The event’s most recognizable presenter, Michael Novogratz, frequently made headlines this year for his outspoken support of cryptocurrencies– he first planned to launch a crypto-focused hedge fund before deciding to start a merchant bank instead – and he often has an international platform through CNBC and other networks.

In many ways, South Korea is a microcosm of the decentralized economy. The mass adoption that characterizes the country is quickly being established on an international scale, and the associated problems that plagued South Korea exist on a global scale as well. By bringing together experts and enthusiasts, Korea Blockchain Week may help facilitate new ideas and better solutions for the industry going forward.

From the beginning, cryptocurrencies were a collaborative enterprise that brought people together with a shared enthusiasm for the digital age. That spirit is being rekindled this week in South Korea, and the event promises compelling content for attendees and for the platforms that they return home to build.