The crypto-space is full of evangelists. 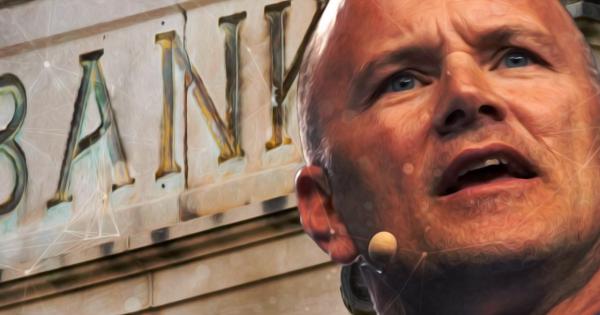 The crypto-space is full of evangelists.

He is known for his outlandish predictions that, when they turned out to be right, accredited him with a type of guru status that heightened his respectability. For example, Novogratz was an early predictor of Bitcoin’s price surge, publicly declaring that it would end 2017 at $10,000.

Of course, Bitcoin even outperformed his, at the time, ambitious prediction. He’s since speculated that Bitcoin could hit $40,000 by the end of 2018.

That’s why it was so surprising that Novogratz so quickly abandoned his much-hyped crypto hedge fund after cryptocurrencies crashed in mid-December.

Just before the holiday weekend, cryptocurrencies endured an unexpected and unexplained flash crash. Within a matter of hours, cryptocurrencies saw significant selloffs and prices plummeted. Bitcoin was particularly hard hit.

The digital currency fell from almost $19,000 to less than $14,000, a near 25% drop in just a matter of hours. By the end of the day, most cryptocurrencies fully recovered, but the shock was a bitter reminder that, in a year of unprecedented growth, cryptocurrencies can still be unreliable.

In the wake of the crypto-crash, Novogratz announced that he was relinquishing plans to launch his crypto hedge fund, saying that “Emotionally it didn’t feel right.”

“I feel good about the decision,” The Wall Street Journal reported Novogratz saying, “We’ll readdress it in the new year.”

He certainly has readdressed it.

On Tuesday, Novogratz announced that he’s launching a merchant bank focused on cryptocurrencies and blockchain initiatives.

The bank is called Galaxy Digital LP, and it appears to be the new iteration of his idea for a crypto hedge fund.

According to a Bloomberg report, Novogratz is taking all of his crypto assets, believed to be as much as $400 million worth of cryptocurrency, to his new project. In other words, he’s all in.

A merchant bank is similar to an investment bank in that it provides access to investment markets without the features of standard banking. They are not available to the general public.

Bloomberg reporter Erick Schatzer identified that the bank will focus its attention on four distinct categories related to cryptocurrency and blockchain technology.

The launch involves a complicated process, first reported by Bloomberg, that requires Galaxy to purchase First Coin Capital Corp, a crypto startup based in Canada. This entity will then merge with Bradmer Pharmaceuticals Inc., a shell company that will employ a reverse takeover to raise money for a private stock placement. Galaxy Digital Holdings will be listed on the Canadian venture exchange, TSX.

Although a plethora of crypto hedge funds launched in 2017, a merchant bank is a new and far more ambitious idea.

If successful, Novogratz’s project would be one of the most banking expressions to hit the crypto markets. Increasingly, cryptocurrency values and financial models are being integrated with mainstream financial institutions and practices. For Novogratz, he wants to develop Global Digital LP into the Goldman Sachs of the crypto world.

He may have balked when crypto markets crashed in December, but he’s back in earnest. He’s planning to put his money where his mouth is, and now we get to see a first of its kind project in the crypto world.