Is Bitcoin personal property or not? Recent stolen crypto cases are providing clarity

It is no secret that the market for stolen cryptocurrency is estimated in the tens of billions of US dollars. 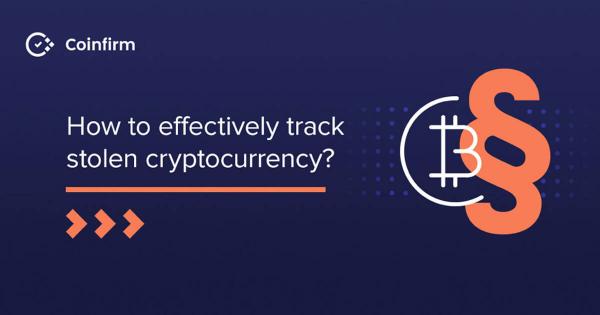 It is no secret that the market for stolen cryptocurrency is estimated in the tens of billions of US dollars. Returning these funds to the rightful owner is not an easy task because among other things our legal institutions have not developed a clear mechanism for returning them. New opportunities for tracking the flow cryptocurrency is giving rise to cases of using the legal concept of “ownership” in relation to crypto-assets.

According to the final Judgement of the English Court announced at the end of 2019 and published on 17 January 2020 (Case No: CL-2019-000746), crypto-assets deemed as property are: definable, traceable, possible to handle by a third party and permanent. As stated on page 28: “I am satisfied at least to the level required for the purposes of this application for interim relief that Bitcoins constitute property.”

According to the Casefile linked above:

“The application relates to the hacking of a Canadian insurance company that I will refer to simply as the Insured Customer. What happened in relation to that company is that a hacker managed to infiltrate and bypass the firewall of that insured customer, who happens to be an insurance company, and installed malware called BitPaymer. The effect of that malware was that all of the insured customer’s computer systems were encrypted, the malware having first bypassed the system’s firewalls and anti-virus software. The Insured Customer then received notes which were left on the encrypted system by the first defendant. In particular, there was a communication from the first defendant as follows:

Hello [insured customer] your network was hacked and encrypted. No free decryption software is available on the web. Email us at […] to get the ransom amount. Keep our contact safe. Disclosure can lead to the impossibility of decryption. Please use your company name as the email subject.”

The point of no return? Bitcoin is recognized as personal property

The data encrypted by malware cost the company the equivalent of $950,000 in Bitcoin for the decryption of it(109.25 BTC). The situation was not financially hard on the company as they had insurance coverage against cybercrime and all losses were compensated by their plan.

During further investigation, it was found that some of the funds paid were sent to a well-known exchange. The place where the funds settled was determined using the following cryptocurrency tracking methods: FIFO, LIFO, Pro Data Distribution, Lowest Intermediaries Balance Rule, Poison, Haircut or TIHO.

There are significant differences between them, some are able to distinguish tainted funds from untainted ones and count the percentage of affected inputs in each transaction. Others proceed from the fact that each transaction has at least one taint input identified as a taint.

Each approach is good in its own way, but the final choice directly affects the results. Creating a strategic mixture of them like the approach of Coinfirm, enables the extensive detection of paths to the Destination Address (the one where the funds end up), providing the most accurate forensic results.

This particular case involving the Canadian insurance company was followed by a lawsuit filed to recover damages from potential leaks of personal information of the company. But it was necessary to recognize the validity of the interpretation of Bitcoin as legal property.

The court carefully examined the submitted materials, then considered Bitcoin as property and ordered the controllers of the mentioned exchange to provide detailed information about the hacker and block his accounts. As a result of this and similar cases, in recognition of urgency, the English court allowed victims of such crimes to report their claims directly by mail.

How to effectively track stolen cryptocurrency

In the case of tracking stolen cryptocurrency, the main goal is to determine the destination address and separate the tracked funds from the rest stored at this address. Thanks to special solutions, it becomes possible to recognize different wallets and tools for mixing untainted and tainted funds. The flexible approach used by Coinfirm includes many tools that allow you to track assets in order to maximize their return. The main ones are:

Using these tools makes it easier to track assets, even through a chain of thousands of transactions, in order to establish the Source Address (originating) or Destination Address (holding funds). As well as identify services such as cryptocurrency exchanges, e-wallets, payment processors, etc.

The report is accompanied by graphical and tabular evidence. Moreover, the approach used by Coinfirm makes it possible to determine the percentage of funds sent from the source address to the target address, and to estimate the amount of funds remaining in the account. You can see below some cases where we did such public analysis of cases such as the Binance hack or even where the funds from scams that fake the identities of celebrities go.

New features are getting close

Initially, the uncontrolled development of the cryptocurrency market has led to the flourishing of criminal schemes, such as money laundering, black market trading, etc. This unregulated market has left the victims of fraud without the possibility of covering their losses. But now the situation is changing rapidly, and crypto assets with the legal status of personal property become much easier to find and return to the owner.

As a result of such legal proceedings, we should expect further improvement of the legislation, which will speed up the process of refund and settlement of disputes. The more such cases are brought to a fair conclusion, the more likely it is that the affected clients will go to court and even dust-covered cases will be solved.

The introduction of Anti-Money Laundering tools such as ones mentioned above and the Reclaim Crypto solution launched towards the end of 2019 into the cryptocurrency market creates a technical and legal framework for tracking misappropriated funds.

Coinfirm’s mission is to provide technology for regulatory compliance, bringing new levels of transparency and trust to the world of digital currencies.

END_OF_DOCUMENT_TOKEN_TO_BE_REPLACED

Grant has been creating ventures at the intersection of new technologies and media in the US and Central Europe since his late teens.

Coinfirm’s mission is to provide technology for regulatory compliance, bringing new levels of transparency and trust to the world of digital currencies.