A new Ethereum scam has popped up on YouTube and is using Tesla founder Elon Musk as bait. 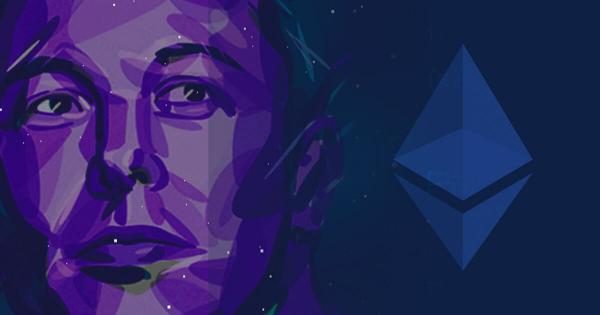 A new Ethereum scam has popped up on YouTube and is using Tesla founder Elon Musk as bait. The scammers are requesting Ethereum deposits in order to verify crypto addresses, which then become “eligible” for a x2 return on their investment.

Elon Musk, the founder of Tesla and CEO of SpaceX, hasn’t been a stranger to cryptocurrency scams. For the past few years, the tech visionary’s name has been attached to a wide variety of sketchy websites, exchanges, and giveaways, mostly due to his open support for cryptocurrencies such as Dogecoin.

While most of these scams seem too ridiculous to ever work, associating them with Musk’s name resulted in hundreds of thousands of dollars being stolen in the past. Most attackers focused their efforts on Twitter, where the outspoken Musk frequently engages with his followers.

However, as the number of Twitter scams involving Musk grew, hackers resorted to other social networks. The latest crypto scam to emerge started on YouTube, where hackers used a rather innovative approach to lure gullible investors.

Namely, hackers set up a live stream of various Musk’s interviews in which he talked about Tesla, cryptocurrencies, tech innovation, and most importantly—Ethereum. The livestream, which has been going on for more than 12 hours at press time, insinuates that there will be a “Tesla Ethereum airdrop,” the details of which were listed in the video’s description.

While there’s no concrete call to action on the video itself, the livestream lists a website where “investors” can go in order to participate in the giveaway. A quick scan of the website called Elon Live reveals that it’s nothing more than a landing page listing a “payment address.”

Visitors are instructed to send between 5 and 500 ETH to the address in order to verify their address. In return, the website will immediately send them back double the amount that they paid.

“Once we receive your transaction, the outgoing transaction is processed to your address. Every address that is sent too late, gets their BTC immediately sent back,” it said on the website.

The website reportedly has a stash of 20,000 ETH that is to be used for the giveaway. According to a live counter on the website, there is less than 130 ETH left to send out at press time. Refreshing the website resets the counter, which then shows another, random amount of ETH left.

However, data from Etherscan showed that the Elon Live address currently has a balance of just over 18 ETH, which it received in three incoming transactions in the past 4 days. Their account has zero outgoing transactions, which means that the account wasn’t emptied nor returning any coins.

Further inspection revealed that the security certificate for the website was issued on Mar. 9, as well as that the website used 3 different IP addresses, all based in Germany.