Charles Hoskinson talks about Mamba, including how it could foster a giant Cardano ecosystem. 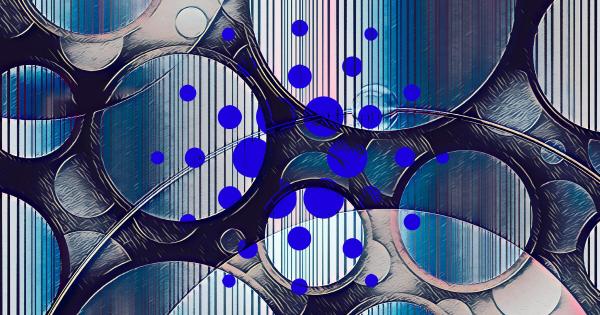 In a live stream earlier this month, Input Output (IO) CEO Charles Hoskinson revealed plans for Cardano going into the rest of this year.

He covered many points, including formal methods, governance structure, and the UTXO smart contract infrastructure. But of particular interest was his mention of Mamba and how it will benefit users and stake pool operators (SPOs) alike.

Off-chain scaling in the Basho era

Having entered the Basho phase of the Cardano roadmap, IO is actively working on ways to optimize, scale, and interoperate with other chains.

“Basho is about improving the underlying performance of the Cardano network to better support growth and adoption for applications with high transaction volume.”

Key to this is the introduction of sidechains and developing the potential they hold for extending the capabilities of the mainchain.

Sidechains can be considered a sharding mechanism that takes away resource pressures from the mainchain, increasing the network’s overall capacity. Another benefit lies in using them to playtest experimental features without the risk of compromising the main blockchain.

A two-way mechanism is required for the mainchain and sidechains to talk to each other. While Mamba offers that, as Hoskinson states, Mamba is more than just a bridge.

Mamba is an entire sidechain strategy for Cardano

IO has been researching and experimenting with sidechains for several years at this point. Mamba represents the culmination of that work into a definitive strategy. In explaining Mamba, Hoskinson said it will offer users the ability to create their own sidechains.

“But Mamba is really the first time in the projects history where we’ve converged to a point where we have a very crystalized view point of not only how to connect the chains together, how to operate the sidechain, but then also a generic footprint that if you the user want to create your own sidechain, how that process works.”

Leading on from that, Hoskinson said this is exciting because it enables sidechain operators, which could include SPOs, to generate separate revenue streams.

“If you have sidechains that have their own tokens and tokenomics, and you’re a stake pool operator and your operating not just Cardano but also sidechains, means that you’ll actually get multiple tokens revenue streams for running your consensus node.”

Future sidechains will include the Catalyst project, which is a community-driven launchpad that uses treasury funding to support promising new projects.

Based on the low barrier to entry described, Mamba has the potential to turn the Cardano chain into a bustling ecosystem.

More details will follow over the coming weeks, with a presentation at Consensus 2022, which opens on June 9.