Examining EOS as a Platform and Cryptocurrency 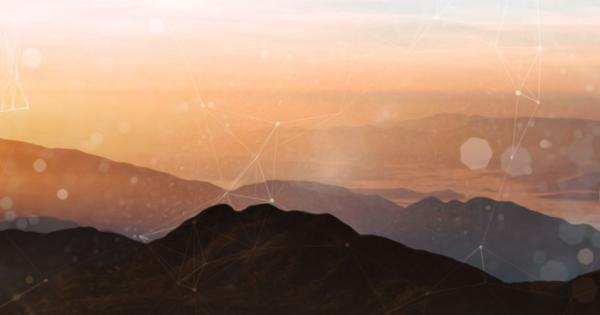 Bitcoin and other cryptocurrencies are enjoying a manic year in which value increases of thousands of percent are not uncommon and in which obscure currencies once relegated to the fringes of the internet are being catapulted into the mainstream.

It’s pretty incredible, and it’s not the best thing about cryptocurrencies.

The underlying technology, the blockchain, is gaining notoriety because of the ways that it effectively secures and records cryptocurrency transactions. It’s finding inroads at significant companies like J.P. Morgan Chase, Microsoft, Intel, and MasterCard.

“The blockchain will be bigger than you can imagine, and getting there will be harder than everybody expected, writes research and consulting firm Deloitte.

The brainchild of programmer, Dan Larimer, EOS may be making the jump from a dubious startup with an incredulous vision to a viable network ready to proliferate the blockchain ecosystem. This isn’t Larimer’s first project.

He’s a prolific and controversial blockchain enthusiast who already developed and departed a cryptocurrency exchange, BitShares, and a Reddit-like social media platform, Steem.

Larimer maintains that each of these projects solved for limitations in the blockchain ecosystem. In a way, Larimer seems to see himself as an angel developer who swoops in to solve a problem before departing for another crisis.

With the recent DAWN 2.0 release, EOS is striving to capitalize on the blockchain’s possibilities by making it easier for developers to create decentralized autonomous applications (dApps).

They have ambitious goals that are highly reliant on the broader development community to proliferate their work, but, if they are successful, EOS could be a model in the mold of Ethereum for creating decentralized networks that are populated with usable, autonomous applications that function like a better version of the internet that we already know and love.

EOS as a Platform

EOS was created by Block.one, EOS is similar to the Ethereum blockchain in that it utilizes the blockchain and its associated smart contracts and native currencies to create a decentralized ecosystem for app development.

EOS plans to differentiate itself through speed. Its Developers made claims of up to 50,000 transactions per second, which is far more than most popular blockchains.

Designed with scaling in mind, EOS makes several claims about its potential to solve for the relatively sluggish state of blockchain transactions.

The DAWN 2.0 release will give developers an opportunity to test these promises, and their technical roadmap shows that EOS is already looking ahead to platform limitations and developer concerns.

EOS as a Cryptocurrency

The EOS token is a relatively new digital currency. It launched in July, and until last month, it maintained its modest launch price of around $1. At the end of November, EOS began a sharp accent, ultimately settling topping out at almost $13.

Earlier this month, Bloomberg reported that,

“Of the 30 biggest digital tokens sold in ICOs this year, the ones without a working product backing their product did the best.”

Although EOS emerged in this environment, it’s evidence that investors have less tolerance for baseless projects. As crypto markets become more mainstream, there is increased skepticism over baseless ICOs, which, until its BETA release this month, EOS was criticized by some as being.

Moreover, EOS maintains that its digital token does not have “any rights, uses, purposes, attributes, functionalities or features on the EOS platform.” Such a broad and unmitigated statement lends fodder to the assertions that EOS represents the worst of the ICO boom rather than the transformative platform that they promised.

EOS in the future

Now that EOS has officially launched a testable product, its future is wide open. While several developmental flaws have already been discovered, those are fixable issues that are inherent in all new projects.

The biggest unknown is Larimer’s commitment to the project’s fruition. Whether fair or not, Larimer has a perceived reputation as a developer who constructs a platform only to abandon it as it begins to germinate.

However, Larimer cites increased professionalism and a supportive advisory team as evidence that his old ways are behind him.

“I’m working with an extremely professional team that is managing EOS at a higher level than the previous projects,” Larimer told Coin Desk.

There is no doubt that decentralized applications and blockchain integration will be significant components of the next wave of technology. Whether EOS is at the forefront of that trend or whether it is relegated to a footnote in the development process is still being determined. Regardless, it is certainly a coin to keep on your radar in 2018.