EOS, Ethereum and NEO Receive Top Ratings by China in Round Two

China recently revealed its second batch of state-endorsed cryptocurrency ratings and notably, EOS takes the lead this round as it was entirely excluded in the first set of ratings released in May 2018. 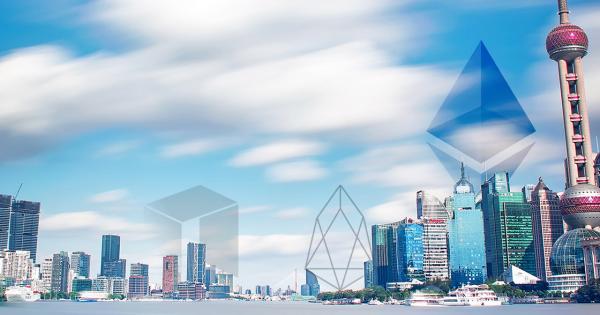 Photo by zhang kaiyv on Unsplash

China recently revealed its second batch of state-endorsed cryptocurrency ratings and notably, EOS takes the lead this round as it was entirely excluded in the first set of ratings released in May 2018.

Ethereum, Steem, and Lisk held the top ratings the first time around. The blockchain projects ratings depend on three different components based on technology, application, and innovation. The ratings are controlled and lead by the Chinese Center for Information Industry Development (CCID) under China’s culture ministry.

The CCID claims that it has “first-rate domestic experts and scholars” in charge of calculating the scores. The group uses the ratings to evaluate the usefulness of the application, technological capability, and development level of the projects.

Noticeably, Bitcoin (BTC)  ranks 17th out of the 30 listed according to CCID experts. In the first list, Komodo unexpectedly ranked 5th but dropped to 16th.

EOS In The Spotlight

EOS’s top ranking is surprising considering the scrutiny and issues the project faced since its mainnet launch two weeks ago. On June 17th, EOS’s mainnet came to a halt after a bug – originating from a NodeOS issue, was discovered.

EOS has been heavily criticized since inception by cryptocurrency analysts, experts, and its investors. However, the team at Block.one are confident they can resolve any potential bugs they may encounter without risking user’s funds– but some investors aren’t as convinced.