Few, at least in the U.S, missed Coinbase's Super Bowl commercial featuring a QR code bouncing around the screen. The ad was so successful it forced Coinbase to throttle the site not to overwhelm it. But QR codes are also highly criticized. 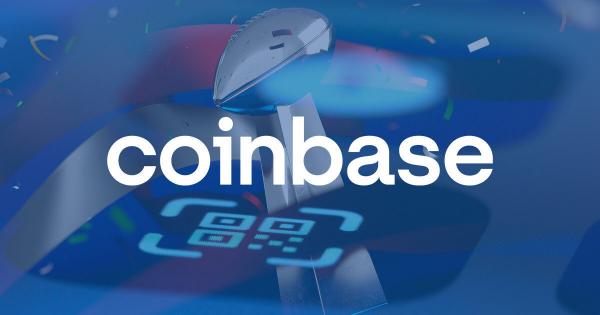 Last night’s Super Bowl game in Los Angeles, where the LA Rams beat the Cincinnati Bengals 23–20, might go down in history as a watershed moment in the crypto industry. The TV commercial, in and by themselves major happenings, featured commercials for both the derivatives exchange FTX, and the crypto exchange Coinbase. In this match in between the commercials, Coinbase’s ad will probably be the most remembered.

Coinbase’s ad was pretty creative, featuring a color-changing QR code bouncing around on the screen, and not much else. The reports on Twitter are numerous of viewers chasing the QR code with their mobile phones, hoping to win the $1 million raffled by the exchange. The commercial was so successful it forced Coinbase to throttle their web site to stop it from crashing.

Some reports are suggesting that besides the throttling of the website, Coinbase’s mobile app crashed during the Super Bowl, however, CryptoSlate has not been able to confirm these reports. The mobile app did, however, reach second place over most downloaded apps on Apple’s App Store.

Congrats to the awesome teams at Coinbase who worked so hard on this. pic.twitter.com/ciNR63omEk

According to ad industry news outlet Adweek, Coinbase’s commercial hit the number one spot of all of this year’s Super Bowl commercials.

In a piece published by Adweek on Monday, Shannon Miller writes:

“Cinematic? No. Soul-stirring? Not a bit. But cryptocurrency exchange Coinbase’s Super Bowl spot was a marketing moment unlike any other in this year’s Big Game.”

“Had the ad been just 15 seconds, casual viewers might have shrugged off the odd spot and gone back to their snacks. But running a leisurely 60 seconds, the spot and its hypnotic music became increasingly curiosity inducing until finally many of us had to pull out our phones and scan it.”

“In a night defined by crypto players working hard to get your attention, Coinbase leaped past simple brand awareness and directly engaged viewers by the millions. Bonus: It also—finally—proved all those 2007-era QR evangelists right,” Miller writes.

However, not all crypto people, nor IT security folks for that matter, are entirely happy about the usage of a QR at all. Already, false QR codes are twirling around Twitter and other social media (“Here’s the code in case you missed it”), and though most of them are original and some are just jokes, some may not be as benign.

Crypto security: “DONT EVER CLICK LINKS OR SCAN ANYTHING”

Coinbase: Scan this random unexpected QR code on a commercial!