After a successful August, things aren’t getting any calmer at Cardano. 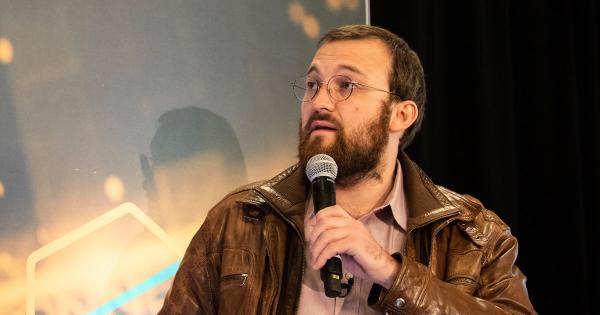 After a successful August, things aren’t getting any calmer at Cardano. Charles Hoskinson, the CEO of IOHK, said that the company plans on doing more extensive work on Shelley this month, which will include introducing partial delegation to Daedalus, improving the presentation of stake pools on the platform, and introducing a bifurcated hot and cold environments for pools.

After huge success with the launch of Shelley at the end of July, IOHK, the company behind Cardano, wasn’t idle for long. There is still a lot of work to be done on the blockchain’s staking era before it can even be considered “done” and it requires a joint effort from both IOHK, Emurgo, the Cardano Foundation, and various other third-party organizations to get to that point.

In his latest YouTube video, IOHK’s founder and CEO Charles Hoskinson laid out what the company has in line for Shelley in the month of September.

The first thing he mentioned is that Shelley, despite the amount of resources it takes up, isn’t the only thing IOHK is currently working on. Cardano’s future eras, Goguen and Voltaire, have seen a lot of action throughout the summer, with Hoskinson saying that he expects more work to be done on them in the following months.

“September is the month when Voltaire is waking up for everyone.”

However, bringing about Cardano’s governance era to life requires a lot more time and resources than what IOHK originally had in mind. That’s why Hoskinson signed an approval earlier this week that has increased the company’s budget for Voltaire by another $600,000.

September also marks the beginning of heavy improvements on Shelley, too.

Hoskinson said that August was all about getting a stable, reasonable performance for Shelley. This was finally achieved through the 1.19 release and the subsequent Daedalus updates—two feats he believes managed to get the mission accomplished.

Throughout the month, IOHK will begin dedicating more effort into exploring several concepts that could be implemented into Cardano. Hoskinson said that the concept of “partial delegation” was a particularly interesting one for him, as many Cardano users have now realized the drawbacks of the current delegation features.

Namely, Daedalus currently only allows users to delegate all of their funds to a single stake pool. Introducing partial staking, or as Hoskinson calls it “one-to-many-delegation,” would not only solve this particular problem but introduce more options both for the delegators and the pool operators.

Exploring the concept of partial delegation and its possibilities

According to Hoskinson, particle delegation introduces the option to delegate to any number of pools instead of atomically delegating an entire wallet to a single stake pool. While the concept itself is simple and would require relatively minor changes to the protocol, the thing that’s interesting about is the number of possibilities it opens for the network.

Firstly, introducing one-to-many delegation could enable the creation of delegation portfolios. These portfolios could be created by anyone on the network, but Hoskinson said he expects the first ones to be created either by the Cardano Foundation or by Emurgo. A delegation portfolio would, in theory, include a selection of stake pools, with each one amounting to a certain percent of the total delegation. This way, users could delegate their stake to a portfolio of pools, instead of just one. Hoskinson said that this would enable the users to maximize their rewards and help smaller stake pools compete with better odds.

Another concept that’s under development that could further explore this is the Stakepool Metadata Aggregation Server (SMASH). By aggregating metadata from existing stake pools and providing an efficient way to fetch and store it in a semi-centralized environment, SMASH could change the way users view stake pools. In the following months, SMASH will evolve to be user-driven, which means that users will be able to create their own SMASH servers with different parameters. Other network users could then be able to choose to delegate to these servers, Hoskinson explained, adding that an option will be created in Daedalus that allows enables users to parametrize them directly from the wallet.

This will also affect the presentation of stake pools. Hoskinson said that nonmyopic ranking of stake pools will be introduced “soon in September” but didn’t provide a more detailed timeline.

However, he noted that introducing new ways to present stake pools will require a massive UI/UX effort and a lot of practical science. Once SMASH is done being turned into a plugin for the cardano-db-sync node the community will be able to utilize it to extenuate their own SMASHes. Portfolios, Hoskinson went on to explain, will be user-generated and user downloadable, which means they will be able to be uploaded to Daedalus.

When it comes to the concrete things that partial delegation will bring, Hoskinson said that IOHK had received the proposal for Vacuum Labs for Trezor and Ledger updates that would allow this. He noted that the proposal looked good and should be implemented soon, adding that the company was considering enabling pledging at the same time.

The team at IOHK is currently talking about KES proxy keys, which would enable the creation of two separate environments for stake pool operators—a hot and a cold one. The hot environment would run on servers, either those provided by companies such as Amazon or on bare metal servers, and be connected to the chain. A cold environment, on the other hand, would be completely offline and provide stake pool operators with a place to store keys and money. The cold environments would be where people delegate their money to and potentially be Intel’s Software Guard Extensions (SGX) or hardware such as Trezor or Ledger.

Investing in hot and cold environments would be a smart decision for the long-term. Hoskinson said that the cold environment is something that could be utilized later on if built on a solid foundation. While its first use would be staking, when oracles and Hydra come they could be reused to complement them.

Organizing stake pools like this would drastically improve security on Cardano. Hoskinson said that in the chance of a hot environment getting compromised, a new transaction from the cold environment could be initiated and another hot one could be created almost instantaneously. Exploring this two-module system will be part of IOHK’s relationship with Vacuum Labs, he added.

An extension of the contract with Vacuum Labs will be signed this week when Hoskinson expects the company will begin having conversations with stake pool operators about the hot and cold environments.

While Shelley has helped Cardano transition from a static centralized system into a federated and dynamic one, there is still a lot of improvements needed to make the system more decentralized.

One of those things is multi-signature pledging, which would effectively enable smaller pools to come together and pool their capital together, creating a unified pledge. With the number of stake pools constantly increasing, there’s a significant number of operators that don’t have enough capital to be competitive. If they were allowed to work together and pledge collectively, they would be counted as one pool, drastically increasing their chances for success. The mechanism of splitting the staking profit would be decided on by the operators themselves, Hoskinson explained.

Such an ambitious plan, however, will need more time to implement. Hoskinson said that this is something the company will be working on “in September and beyond,” as there’s still a lot of urgent work that needs to be done on Daedalus.

A major problem IOHK is faced with when it comes to growing Cardano is how to consolidate decentralization with mass adoption, as adoption usually requires collaborating with large custodial exchanges. One of the solutions would be to offer staking-as-a-service to exchanges.

According to Hoskinson, IOHK is currently talking with Bison Trails, a New York-based blockchain infrastructure company that runs nodes on PoS networks. The company wants to create a staking dashboard on wallets that support ADA staking, such as Daedalus, where stake preferences could be set.

This will accomplish two things—allow users to easily delegate their stake to exchanges and allow exchanges to profit from staking fees. However, it would remove the exchanges’ ability to make decisions on who makes blocks, drastically increasing the level of decentralization even when staking on a custodial account.

An ambitious idea like this will also require a lot of time to develop and IOHK is still thinking of how to build this. Hoskinson said that he was looking into bundling it with the work being done on Rosetta, adding a staking integration on the layer being developed for Coinbase.

As per plans for the rest of the year, Hoskinson was characteristically optimistic.

He said that more information about Goguen will be released at the end of the month. External companies have been brought on to deliver things for Voltaire and derisk experiential improvements of the blockchain’s governance era.

The easer egg at the end of his video was the mention of a “beautiful stablecoin” the company was looking to develop in partnership with Emurgo, which would help Cardano lay out a competitive DeFi portfolio as a cherry on top of a hugely successful year.