Bitcoin Volume Hits Yearly Low, What Impact Will it Have on Crypto Market?

In the past several days, the daily trading volume of Bitcoin has declined by more than 23 percent to its lowest point in 2018. 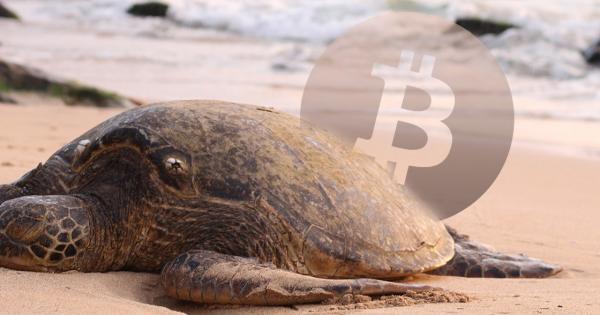 In the past several days, the daily trading volume of Bitcoin has declined by more than 23 percent to its lowest point in 2018.

‘This is the lowest recorded daily volume in more than a year at least (as much as I could squeeze on the chart leaving chart readable) while hovering around the POC of the whole 2018.”

Why is Volume Declining?

The daily trading volume of Bitcoin has declined substantially throughout this week because traders are unsure whether Bitcoin will decline below the $6,000 support level or break out of the $6,800 resistance level.

Investors in the cryptocurrency exchange market are waiting for Bitcoin to initiate a large breakout of a major resistance level in the higher region of $6,000.

Since Aug. 9, Bitcoin has remained relatively stable in the range of $6,400 to $6,800, and traders are unwilling to take unnecessary risks to bet on a market that could either downtrend to the lower region of $6,000 or potentially initiate a rally in the north of $6,000.

Entering a short or a long position on any major cryptocurrency in the current state of the market is a high risk, low return trade. Hence, as portrayed by the decline in activity in the cryptocurrency exchange market, traders are merely observing the market to initiate a major movement.

It is possible that the volume of Bitcoin has dropped due to the elimination of intensity in the market and rising seller fatigue. Bears in the market have struggled to bring Bitcoin below the $6,000 support level since July 6.

Yet, an influx of positive developments in the cryptocurrency sector including the entrance of Citigroup, Morgan Stanley, Goldman Sachs, TD Ameritrade, Yale University, Bakkt, and ICE/NYSE into the cryptocurrency market have given bulls leverage.

Lack of volume in the crypto market is a bit concerning. Bitcoin volume is down about 20% but Ripple's volume (XRP) is down by more than 50%.

I think the mistake many new traders make is to try do something needlessly aggressively in a period like this, better to wait & observe

The next big move will be so incredibly obvious in hindsight.

Until Bitcoin breaks out of a major resistance level at $6,800, it is unlikely for the dominant cryptocurrency to record any sort of meaningful increase in both volume and price.

Billionaire investor Mike Novogratz, who previously said that Bitcoin will likely surpass the $10,000 mark by the end of 2018, said:

Historically, prior to a large short-term rally, BTC has tended to demonstrate a drop in volume. On July 18 for instance, the volume of BTC experienced an abrupt spike as BTC surged from $6,500 to $7,500 within hours.

The possibility of bitcoin experiencing a sudden surge in volume and value cannot be dismissed given its previous rallies throughout this year. But, in the upcoming days, unless the entire crypto market sees a general increase in activity, it is likely that the market will continue to demonstrate stability in a low price range.