In a recent interview where he gave an update about the current state of Vechain, Sunny Lu said that China made the right decision when it banned cryptocurrency trading That way, he said, the country eliminated all of the “bad guys” in the space and is now able to facilitate the development of blockchain technologies […] 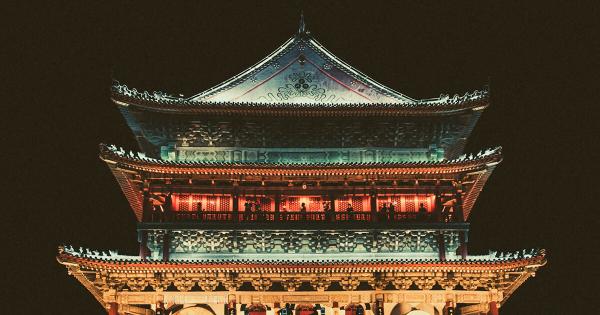 In a recent interview where he gave an update about the current state of Vechain, Sunny Lu said that China made the right decision when it banned cryptocurrency trading That way, he said, the country eliminated all of the “bad guys” in the space and is now able to facilitate the development of blockchain technologies with actual use cases and implementations.

2019 was a successful year for Vechain

Despite an almost year-long bear market, last year was monumental for the crypto industry. Apart from a maturing market, increased adoption, and major technological developments, the industry also saw increased interest from both governments and enterprises.

It was also a great year for Vechain, at least according to its CEO Sunny Lu. The growth Vechain has seen throughout the year managed to outpace the parabolic rise it saw at the height of the crypto market back in 2017.

In an interview with Nugget’s News Alex Saunders, Lu looked back at 2019 and said it was a year of changes and challenges. The crypto industry is no longer a niche market, he explained, as major players such as Facebook began entering the space. He said that the growth of the market is also visible in the number of countries that have opened their doors to crypto companies, listing Malta and San Marino as two examples of pro-crypto governments.

However, the biggest thing that has happened to the blockchain industry is, without a doubt, President Xi Jinping’s public endorsement of the technology. Lu said that the controversial address was exciting both for him personally and for Vechain, as China is now openly pushing for the development of a technology Vechain had been working on for the past four years.

With more than 40 enterprise applications developed on its platform, Vechain is the kind of company China’s blockchain initiative was built for.

Lu’s extremely positive reaction to China’s blockchain stance is uncommon in the industry. Many criticize the country’s tight grip over tech development in general, but the biggest thorn in their eyes is still the outright ban on cryptocurrency trading.

Lu, however, doesn’t see this as a problem.

“Banning crypto trading is a good thing,” Lu said in the interview.

According to him, China’s massive population means that different rules have to be applied in order to keep such a fast-growing industry in check. Considering the sheer number of people living in China, around 1.3 billion, as well as the complexity of its government, a blanket ban on all trading was a smart move, Lu explained. He went on to say that nipping crypto trading in the bud before it became too big to handle enabled the country to craft specific regulations and stop “bad guys” from entering the space.

Xi Jinping’s blockchain endorsement was a huge boost for Vechain

Clearing the industry of any bad actors was what enabled China to invest so heavily into blockchain development. Lu said that October 25, the day Xi gave his now-famous speech about the importance of blockchain, was the most important day of the year.

Following his endorsement, Lu noticed that the confidence in the entire blockchain industry went up. This was confirmed in the weeks following the speech, when “billion-dollar companies” began approaching Vechain about a potential collaboration.

However revolutionary it might sound, this is not a new thing for Vechain. Lu explained that the company was built as an answer to Ethereum‘s lack of enterprise solutions. Vechain set out to bridge the gap between groundbreaking tech and an actual, usable platform. Lu really set out to create a business-centric platform — during the interview, the told the story of how he interviewed around 40 c-level executives from a variety of different industries in order to find out what they were interested in when it came to blockchain technology.

The feedback he gathered in 2015 enabled the company to build a platform in the likes of Amazon and Alibaba, which offer standardized and simplified tools for users. With clients such as BMW and Walmart, and pilot projects with retail giant H&M, Vechain seems to be on the right track.

When asked about the company’s plan to offer Blockchain-as-a-Service (BaaS), Lu said its ToolChain platform is being increasingly explored by enterprises. He listed Deloitte and PwC as some of the companies that are currently looking into the specialized platform. The Singapore-based company also lists Breyer Capital, Renault, Microsoft, and LVMH as its clients.

Despite last year’s success, still, a long way to go for blockchain technology

But, despite an incredibly positive outlook and optimistic predictions for the future, Lu is aware that blockchain technology is still at its infancy. Even some of the most widely known and most heavily developed platforms on the market, such as Ethereum, are basic at most when it comes to their capabilities.

Lu compared Ethereum to Netscape and the current state of the crypto industry to the early days of the internet in the 1990s. Just like Netscape revolutionized internet browsing, Ethereum changed the blockchain industry from its core. However, Lu said he doesn’t see it going to the “next level,” just like Netscape failed to do after other browsers became available.

But, despite his criticism of Ethereum, Lu made it clear that there was no bad blood between the two companies. It was Ethereum’s own Vitalik Buterin that got Lu interested in blockchain technology — a greeting and a thank you note to Ethereum are actually embedded in the genesis block of Vechain.

Because Vechain wasn’t modeled after Ethereum, it’s more future proof than other similar platforms. Lu said that the company’s plan to use its native token VET in “financial applications” is currently in motion and that a Whitepaper 2.0 is in the works. When asked why they waited so long to dive into DeFi waters, Lu said:

“[The] time wasn’t right for this kind of use when Vechain launched.”

With more than 35 million transactions recorded in 2019, most of which have come from smart contracts, Vechain now seems confident it’s ready to conquer the DeFi world.

Lu addressed some of the issues Saunders raised when it comes to VET. Vechain’s native token has been struggling with trading volume and is listed on just a handful of exchanges, which could deter both companies and traders from engaging with Vechain.

The CEO said the company has avoided pursuing listings aggressively, as they are very careful with the resources they have. “Being traded on few exchanges is okay for now,” he told Saunders, adding that more listings will happen once more businesses onboard Vechain.