Thoughts of the Korean Peninsula would generally conjure up conflicting images in the minds of most of us. 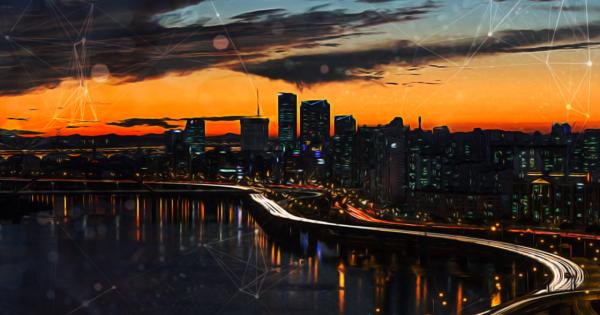 Thoughts of the Korean Peninsula would generally conjure up conflicting images in the minds of most of us. The two countries who share the Peninsula, represent both extremes on the same continuum; much like sweet and sour, if you’ll excuse the pun.

The “sour” bit undoubtedly exemplifies the ruler – or, dictator as some call him – of North Korea (NK), a country more formally known as the Democratic People’s Republic of Korea (DPRK). Kim Jong-un, aged 36 –though, even that is disputed by his regime; could be 35, they say- took over reign of the 25 million people, after the death of his father, Kim Jong-il, in 2011.

Although reports of gross human rights violations secretly find their way out of NK on a regular basis, the fascination of Kim Jong-un with blowing the US to smithereens, is what really makes the headlines; and, almost daily.

The Leader – who is reportedly worth $5 billion and loves gorging on expensive imported booze & Swiss Emmenthal cheese – told NK’s starving masses, during a speech this New Years day, that “the nuclear button is always on his desk”.

Turning south, we’ll find the “sweeter” part of our story; initially, anyway. The leadership of the Republic of Korea, more commonly referred to as South Korea (SK), seems more focused on actually creating useful things, rather than pointing missiles at them.

Famous global consumer brands, such as Hyundai and Kia automobiles, also Samsung electronics and other popular tech products, have their homes inside the Country of 49 million people; of which, about half live in the capital city, Seoul.

The complete history of the Korean Peninsula is far too rich and complex than for it to be done justice here, in this piece. However, SK has been largely peaceful since the Korean War – fought between SK and NK – ended in 1953; albeit, the two countries are still technically at war, because current relations are conducted only under a ceasefire agreement.

Again, in stark contrast with its neighbor, South Korea is governed as a democracy; their president is elected by the citizens, for a five-year term, which may not be renewed.

The Country generally pursues commendable governance practices, a case in point being the impeachment – for corruption – of previous president, Park Geun-hye.

The currency of SK is the South Korean won, which was brought into use in 1945, after World War II; and, it also has a rich history, much alike the Country itself.

Perhaps equally intriguing, is the flirtation of SK’s regulators with rulings on cryptocurrency; a relationship which is best described as on-off by nature, blowing both hot & cold overnight, also often flavored with upsized pinches of mystery and uncertainty. A recent headline by Tech Crunch, “South Korea may or may not ban bitcoin exchanges and that’s the news”, says it all.

To really grasp the importance of SK in the global crypto space, we should pause for a moment to consider the stats. As one of the world’s most wired societies, backed by – officially – the fastest Internet available on the Planet, over 92% of the Nation are on the Web. No wonder then, why Seoul is dubbed “the bandwidth capital of the world”.

Apart from being exceptionally smart people – judged, for one, by their superior high-tech products- it is also no wonder, given their high level of interconnectivity, that one in every fifty South Koreans are registered crypto traders. The Country is so crypto-centric that – in addition to the mega online dealing- purpose-built, walk-in exchanges also exist, where investors can conduct transactions in person.

And, if perhaps you’re not convinced yet that the people of SK have gone absolutely crypto-gaga, then let it be known that they are the largest exchange market in the world for Ethereum (ETH); and, third for Bitcoin, only after the US and Japan. And, two of the largest exchanges –Bithumb & Coinone- call SK home.

Furthermore, it’s not only the people, but also the major corporate citizens of South Korea that are huge crypto fans. During September last year, the parent company of Nexon –South Korean, global videogames heavyweight- announced that they had acquired SK cryptocurrency exchange, Korbit.

And, to name but a few more milestone-events in 2017 for corporate crypto in SK, Samsung joined the Enterprise Ethereum Alliance; Kakao Corp, maker of KakaoTalk messenger, acquired fintech startup Dunamu to launch its own crypto exchange Upbit; and, Seoul-based Shinhan Bank –with 15 branches in the US- announced that it is establishing a new bitcoin remittance service between SK and neighboring China.

Other startups which concluded successful ICOs, include ICON -which launched its ICX token- and Glosfer.

So, one might wonder, how do the South Korean regulators view all the crypto exuberance surrounding them? Perhaps – a suitable reply might be – like a cat on a hot tin roof. Or, as Forbes puts it,

“South Korea has become a stage for the clash between conservative regulators and thrill-seeking investors”.

Although the SK government already formed a task force in November 2016 to survey cryptocurrency trends, they waited until September 2017 –interestingly the same time when Chinese authorities squashed crypto– to fire the first proverbial shot over the bow of digital currency.

A Possible Ban or Fake News?

South Korea’s government watchdog -the Financial Services Commission (FSC)- announced during early September that the regulation of crypto tokens is on the cards. But, after the global Bitcoin price skyrocketed and mega Chinese money started to flow into SK, following the ban in China, the FSC upped their game a couple of notches, even before the month was through.

In stock-standard rhetoric from the Regulator – peppered with the normal we-have-to-save-mankind verbiage on crypto Ponzi schemes, ICO hoodlums and, yes, even Bitcoin marijuana – official statements came thick and fast; including threats of outlawing ICOs, although nothing came of it at the time.

After a ceasefire over the holidays, well-rested SK government officials returned to their desks earlier this month and did not waste much time to bring out armory. Just last week, Justice Minister Park Sang-ki said the government was preparing a bill to ban trading via cryptocurrency exchanges. And, just to add a little va-va-voom, he “sent in the boys”, who summarily raided Coinone and Bithumb.

But, hot off the press, today the SK government announced that they will make a decision on a proposed ban on cryptocurrency exchanges after “sufficient consultation and coordination of opinions”. Wait a minute, aren’t you supposed to raid businesses only after you’ve actually made up your own mind?

So, folks, that’s it for the moment, on crypto in SK. But, it might be far from over, it seems; therefore, don’t be surprised if this single article extends into a series.

Fortunately, apart from some sticky remnants of the “olde worlde” regime-type DNA still embedded in the Korean Peninsula, there are also – fingers crossed- modern insights and influences at play; which, may lead to due, consultative processes and outcomes for the greater good of all, including the crypto stakeholders. If not hope, then we have nothing.

There is already one tyrant too many – we don’t need more – on the Korean Peninsula; a region which holds great promise, not only for its own people, but, indeed, the whole world.