Ripple (XRP) Head: Deep liquidity is what will bring institutional investment into crypto 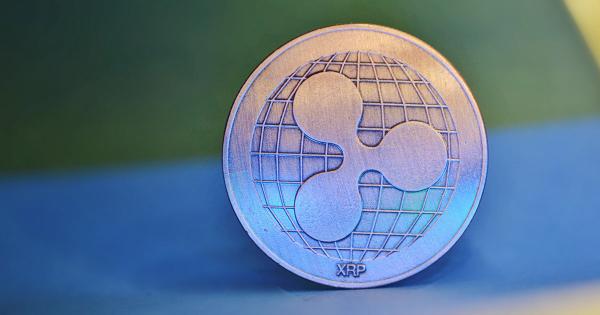 Breanne Madigan, the head of global institutional markets at Ripple (XRP) , believes that institutional money is yet to come to the blockchain industry. In order to attract and then harness the institutional money, the industry will need to achieve a liquidity significantly deeper than it is today.

The crypto market mimics the traditional financial market, only backwards

After suffering a devastating crash in mid-March, the crypto industry has been slowly recovering, with most major digital assets regaining their pre-COVID-19 strength. The fact that the industry once thought to be resilient to financial crashes suffered as badly as they did brought a major problem to light—are cryptocurrencies actually correlated to the broader market?

According to Breanne Madigan, the head of global institutional markets at Ripple, the correlation is there, but its intensity seems to be decreasing with time. In an interview with Ripple’s CTO David Schwartz, she noted that while the beginnings of the crypto industry were rooted in anarchy, its progress follows the historical patterns of traditional markets.

The only difference being that the crypto market seems to be developing backwards.

To make things clearer, Madigan said that while traditional markets were first driven by institutional investors, cryptocurrencies were built on the backs of retail investors. The money from hedge funds, venture capitalists, and banks began pouring into the space almost a decade in.

She went on to explain that traditional markets such as stocks first developed index funds and margin trading, after which they welcomed various other trading products such as leveraged derivatives. The crypto market, on the other hand, went head first into derivatives.

Despite many differences, Madigan said that the two markets share many similarities. Investor demand in both traditional markets and cryptocurrencies is driven almost entirely by speculation at the moment, which is why digital assets had a tendency to move alongside stocks and commodities.

However, putting cryptocurrencies in the same basket as other assets is not only lazy, but entirely wrong. She told Schwartz that cryptocurrencies have now begun to decouple from other markets, most likely as a consequence of the ongoing COVID-19 pandemic.

The pandemic created what Madigan calls “a perfect testnet for cryptocurrencies,” as financial measures such as quantitative easing and negative interest rates have shaken the confidence people have in their governments. Destabilizing fiat currencies has also pushed macro investors into the crypto space, as more companies become cynical towards traditional financial institutions.

Thriving in a state of chaos, cryptocurrencies as an asset class have shown that they can be used as a hedge against inflation and currency devaluation, opening up new use cases and attracting more users.

Where does Ripple fit in?

The abundance of retail users, however, won’t be enough to make cryptocurrencies mainstream, at least in Madigan’s opinion. What will help it gain momentum and reach the masses will be institutional money, she said in the interview.

In order to attract institutional money, the industry will need to achieve what she calls “deep liquidity.” There are four primary attributes to this kind of liquidity, which, if achieved by any single digital asset, would make it a perfect investment vehicle both for retail and institutional players.

The first attribute is low transaction costs, a feature of a network that would attract all kinds of users. Immediacy and resiliency come second, and are followed by breadth. Madigan defined breadth as the number of trading pairs and instruments available for a cryptocurrency that enable its users to move funds. The final, and probably the most important attribute of a liquid cryptocurrency is depth, or the abundance of orders slightly above or below the current trading price of an asset.

An asset with deep liquidity traders with greater frequency and is more attractive both to retail and institutional investors, Madigan said.

When it comes to Ripple’s position in the crypto market, she said that it wants to build products that leverage the kind of liquidity provided by XRP and solve one of the biggest hurdles investors face today—cross-border transactions.

With a real use case, she expects both XRP and other cryptocurrencies will see their liquidity improve significantly. Another thing that will help will be increasing accessibility to cryptocurrencies by creating more ways to trade the asset.

However, there are hurdles ahead, both for Ripple and the rest of the crypto market. Madigan said that creating new institutional-grade products and instruments requires regulation not just in the U.S., but globally as well. The current lack of clarity is a huge problem to everyone in the industry, and it certainly doesn’t help attract regulation-conscious companies into the space.

But, setting laws in stone isn’t the best approach either, she said. The fast pace of the industry requires flexibility governments aren’t very good at.

“Flexibility will be key to account for the different products and also changing technologies. We need clarity from regulators but then we don’t want it to be too prescriptive and specific that we stifle innovation. A number of global jurisdictions have started in a positive way to take the lead around setting frameworks. That’s been extremely helpful, but we need a consistent approach across the globe.”

Having the same set of standards applied across the world will ensure that no country and no business misses out on the opportunities presented by cryptocurrencies and blockchain technology in general. She believes lagging behind global efforts to regulate the industry would prove to be detrimental.

“If the U.S. isn’t fast enough to develop constructive policy, you may see strong innovators and leaders in this space set up their businesses in other jurisdictions.”