Bitcoin has embarked on a spectacular run since the $3,700 lows seen in March, but data shows that institutional investors are flipping bearish on the cryptocurrency market in the short to medium term. 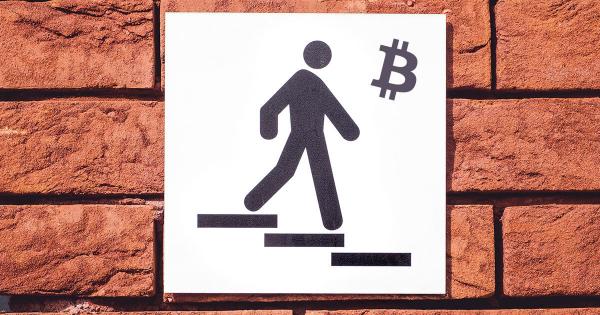 Photo by mohit suthar on Unsplash

Bitcoin has embarked on a spectacular run since the $3,700 lows seen in March, but data shows that institutional investors are flipping bearish on the cryptocurrency market in the short to medium term.

According to the latest Commitment of Traders Report shared by the CME — the world-famous derivatives exchange that hosts Bitcoin trading contracts — institutions have increased the amount of shorts they hold over the past two weeks.

CryptoUnfolded, which shared the data from the report, found that the aggregate Bitcoin position of institutional CME users has gone from -650 BTC (650 BTC short) to -1859 BTC.

The last time institutional traders increased their short positions to such an extent was in February, just weeks prior to the March crash.

Even prior to predicting that Bitcoin would drop in March, institutional players trading CME contracts have predicted the directionality of the volatile market rather well. A week before the launch of Bakkt last year, the Commitment of Traders Report indicated that institutions were net short, and thus they benefited from the crash that followed the launch.

Notably, this large increase in the short positions held by institutional traders coincides with the news that Goldman Sachs held a call for clients entitled “Implications of Current Policies for Inflation, Gold, and Bitcoin.”

In the call, the financial services giant said that BTC does not generate cash flow like stocks, does not properly hedge against inflation risk, and does not “provide consistent diversification benefits given their unstable correlations.”

They aren’t all bearish long term

While institutions trading the CME are building up positions of Bitcoin indicating that they’re bearish, that’s not to say that such entities expect downside in the long run.

As reported by CryptoSlate previously, technology analyst Kevin Rooke noted that from May 11 to May 27, digital asset fund manager Grayscale Investments accumulated 18,910 Bitcoin on behalf of its clients while miners produced 12,337 coins. This adds to the over $400 million worth of the leading cryptocurrency the company absorbed in Q1 of 2020.

A majority of Grayscale’s clients are institutional players such as hedge funds, according to a report from the company itself.

Also bullish is Paul Tudor Jones, a hedge fund manager worth in excess of $5 billion.

Jones, which Galaxy Digital’s Mike Novogratz dubbed one of the “Big Four” investors in the macro investing world, announced in May that he has formally delved into Bitcoin by longing the cryptocurrency.

The investor attributed his newfound optimism about Bitcoin to the fact that with central banks and governments enacting more fiscal and monetary stimulus than ever before, the need for a scarce asset like BTC has never been this clear.

“We are witnessing the Great Monetary Inflation — an unprecedented expansion of every form of money, unlike anything the developed world has ever seen,” he wrote.