At press time, many of the largest players in the cryptocurrency arena (i.e., Bitcoin, Ethereum, Bitcoin Cash and Litecoin) are incurring strong corrections and many of the top alt-coins are following in that direction. 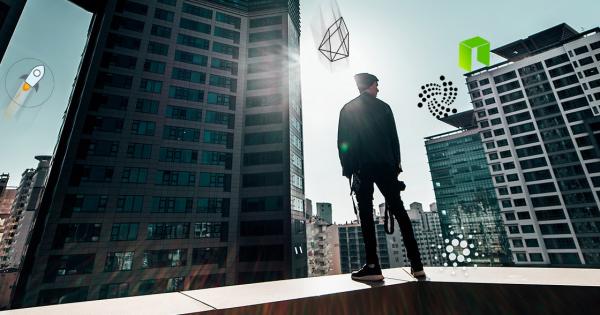 Photo by Dmitriy Berdnik on Unsplash

At press time, many of the largest players in the cryptocurrency arena (i.e., Bitcoin, Ethereum, Bitcoin Cash and Litecoin) are incurring strong corrections and many of the top alt-coins are following in that direction. A handful of coins are beginning to stabilize and a few are even showing strong gains.

Stellar Lumens is showing double-digit gains since our previous price piece, with over $100 million in volume in the past 24 hours.

This is unique in that it has been a tough week for XLM. The currency had lost roughly 20 percent of its overall value since Monday when it was trading for approximately 43 cents, and its total market cap stood just beyond $8 billion. Now, as the week comes to an end, the currency’s market cap sits at a meager $6.9 billion. That is a loss of over $1 billion in less than a week.

Cardano has dropped slightly to 26 cents – a two-cent decrease since our previous price discussion.

In our previous article, we mentioned the coin’s integration on South Korean mobile payment platform Metaps Plus, and steps are now underway to move forward. Cardano is now the first cryptocurrency to be integrated into such a platform, which will make it usable by approximately 33,000 offline stores.

NEO currently sits at $64. This is a three dollar drop since our previous price piece.

After trading for roughly $90 during the week’s earliest points, this currency has since incurred a $25 drop.

Like other members of the crypto arena, EOS has incurred a significant price drop since our previous article and is now trading for roughly $13.90. This is a fall of nearly 15 percent.

Still, sentiment towards EOS remains largely positive, with analyst Satya Doraisamy calling it the “Ethereum killer.” The coin is widely publicized as the “Ethereum with a new motor,” and opponents of the original Ether refer to its technology as “outdated” or against the grain. The larger coin is currently facing problems regarding scalability and extended block times, which ultimately get in the way of faster transactions.

In June, EOS will launch a delegated “proof-of-stake” (DPoS) consensus protocol, in which voting witnesses on the currency’s network that achieve consensus are awarded for doing so given their rate of block production remains high. Delegates will propose changes to the network as necessary granted they have permission and support from most EOS stakeholders.

IOTA has also incurred a strong drop since our previous price piece. At that time, IOTA was worth approximately $2.05, though now, the price has fallen to roughly $1.90.

IOTA is trading for 12.4 percent lower against the US dollar. The currency’s total market cap has also fallen to about $4.9 billion, while daily trading has fallen to just over $133 million on exchanges like OKEx, Huobi, and Cobinhood.

Since our last discussion, the global cryptocurrency market cap has started to stabilize and has now grown by 4 billion, currently sitting at $392 billion.

Investors are warned to stay cautious. The market continues to show signs of price drops and ongoing volatility. Traders are asked to remain mindful and aware that the cryptocurrency arena is risky, and investments should only be made with money that one can afford to lose.