The crypto market has seen a strong correction since its attempted breakout earlier this week, Cardano (ADA) has been no exception to this drop. 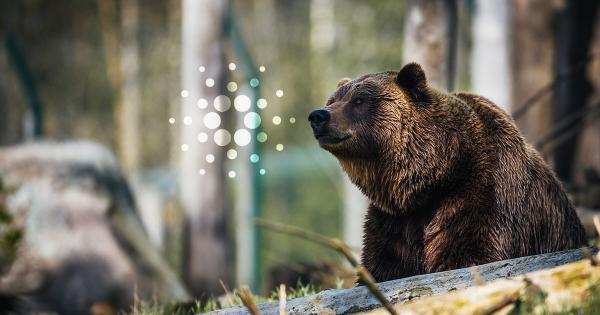 Photo by ?? Janko Ferlič on Unsplash

The crypto market has seen a strong correction since its attempted breakout earlier this week, Cardano (ADA) has been no exception to this drop.

From this week’s highs, the top altcoin has experienced a drawdown of over six percent. This is similar to that of Bitcoin and Ethereum.

Unfortunately for ADA holders, data from a top blockchain analytics firm accentuates that a further move lower is likely.

IntoTheBlock data shows Cardano could be primed for a correction

According to data shared by blockchain data firm IntoTheBlock on Jun. 24, Cardano is “mostly bearish” from an on-chain and exchange data standpoint.

The firm’s dashboard suggests that four core metrics of Cardano are currently “bearish.” One of the other core metrics is “bullish” while the remaining two are “netural.” The “bearish” metrics identified by IntoTheBlock are the following:

Movements in on-chain and exchange data notably do not always correspond with price action.

As reported by CryptoSlate on Jun. 22, analytics platform Coinalyze reported that volume for Cardano futures and options on Binance, FTX, HuobiDM, and OKEx have dropped over recent weeks.

This suggests that the buying strength that has boosted the altcoin over recent weeks is tapering out.

The bearish outlook for Cardano is reflected in that of Bitcoin. This is pertinent as the leading cryptocurrency leads the rest of the digital assets. Coin Metrics, in fact, is currently registering a 0.84 correlation between the price of ADA and the price of BTC.

On-chain analyst Cole Garner recently aggregated a number of reasons why Bitcoin is likely to see a retracement from the $9,000s.

1/ I am massively bullish on #Bitcoin, but I think the next big move is likely down.@glassnode just reported the largest $BTC transfer from miners to exchanges in over a year. pic.twitter.com/Uwj4hHveyx

Firstly, Glassnode recently reported that there have been massive withdrawals from Bitcoin miners to exchange wallets. This suggests miners expect downside in the near future and are cashing out ASAP to remain profitable/afloat.

Secondly, institutions are largely bearish according to the CME Bitcoin futures data. Institutional traders previously predicted other downturns, increasing their short positions via the CME prior to the dump to $3,700 in March or the correction after Bakkt’s launch last year.

And lastly, Bitfinex’s “order book delta has been skewed massively to the sell-side for almost six weeks.” This delta, Garner explained, has been an “accurate leading indicator of BTC’s next move nearly every swing for the past nine months.”