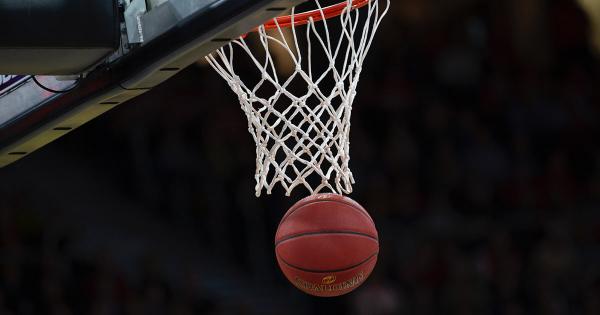 Brooklyn Nets guard Spencer Dinwiddie is reportedly set to turn his three-year, $34 million contract into a blockchain tokenized bond. Investors will be able to put money into the contract and earn interest based on his basketball performance.

After agreeing to a three-year, $34 million extension to his contract last year, Brooklyn Nets guard Spencer Dinwiddie is set to put that money to good use. Dinwiddie made the news last week when sources told The Athletic that the guard was looking to turn his new contract into a digital investment.

The report said Dinwiddie will start his own company that will allow him to “securitize his NBA contract in the form of a digital token.” Unlike most cases, where players receive smaller payouts throughout the duration of their contract, Dinwiddie will receive an upfront lump payment.

Dinwiddie’s company will issue tokens to investors who will be able to earn interest based on his basketball performance. It is still unclear on which blockchain the tokens would be issued.

These bonds, however, come with risks of their own. The bonds will use Dinwiddie’s NBA contract as a guarantee, which means terminating the contract before 2022 could render these tokens worthless.

One small step for man, one giant leap for crypto

While this is not the first time professional sports have crossed paths with blockchain and cryptocurrencies, Dinwiddie’s contract tokenization could prove to be another step in the right direction for the industry.

It always looks impossible until its done.

If Spence is able to get this through then many more athletes will follow.

The publicity the 26-year-old NBA star got could make other players interested in tokenization and, in turn, bring more recognition to the new asset class. Dinwiddie is one of the few professional athletes that have publicly endorsed cryptocurrencies.

This isn’t the first time bonds have been tokenized. Just three days ago Santander issued a $20 million bond on the Ethereum blockchain. Over a year ago the Austrian government announced it would auction-off $1.3 billion in bonds on Ethereum.

Anthony Pompliano, co-founder and partner at Morgan Creek Digital, shared the news on Twitter saying this was a clear sign that the future is coming.

My guy @SDinwiddie_25 is turning his NBA contract into a tokenized investment vehicle.

Su Zhu, the CEO of Three Arrows Capital, said that this could inspire other athletes to get into cryptocurrencies and start requesting their salaries be paid directly in Bitcoin.

Soon we might see players request to be paid directly in $BTC to save hassle and avoid the BTC/USD trading tax implicationshttps://t.co/2FFzLAUrPY

The news sparked a debate on crypto Twitter, with many users praising Dinwiddie for using the emerging technology to take control of his finances. However, others were less optimistic about the prospect, saying tying bonds with sports performance is a  risky endeavor.

Some even pointed out that this kind of securitization could be done without a blockchain and that the crypto-savvy Dinwiddie was trying to bank on the buzzword.

Whatever the case is, Dinwiddie’s sprawling basketball career has put blockchain and the topic of tokenization under the spotlight. If he manages to attract investors and provide them with a good return on investment then more athletes could follow and make the tokenization industry more mainstream.

But, if Dinwiddie’s tokenized contract turns out to be a bust similar projects may face a much tougher audience, especially given the growing skepticism toward blockchain-hype.

Spencer Dinwiddie has one of the highest basketball IQs in this draft class, which lends to a creative offensive approach and ability to create his own space to score. Learn More