JPMorgan is bullish on crypto staking ahead of ETH 2.0 launch

The bank is a recent crypto convert and considers ‘staking’ as the next big thing in the burgeoning market. 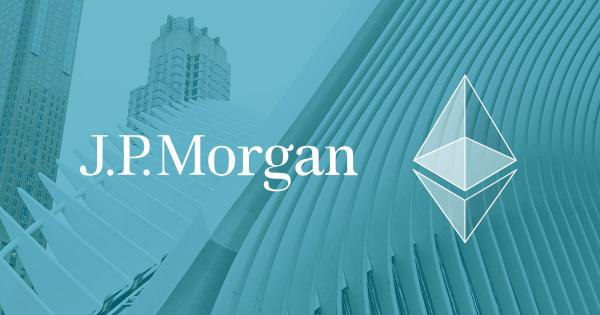 Analysts at US bank JPMorgan foresee staking to become a multi-billion market as environmental concerns come into play for top cryptos like Bitcoin, they wrote in a recent report to clients.

The team, however, pointed out Ethereum’s upcoming ETH 2.0, the shift to a proof-of-stake consensus design (away from the current proof-of-work design), would jumpstart a bigger move to staking-based cryptocurrencies among the general public.

The analyst note comes amidst rising concerns about Bitcoin mining across several governments and quarters. The process of ‘mining’ relies on a sophisticated computing grid to validate blocks and process transactions on Bitcoin—demanding huge energy in turn.

Staking, on the other hand, sees token holders ‘lock up’ their crypto on nodes that, in turn, validate transactions and process blocks. This makes for a blockchain network that operates at a fraction of PoW costs for users, and requires significantly less energy to work.

Ethereum’s making that move. The ETH 2.0—whose genesis contract went live last year—is slated for a Phase 1 launch later this year and will create a staking-enabled Ethereum network, paving the way for lower fees and far lesser energy requirements compared to its current PoW setup.

And JPMorgan’s betting big on that growth. The analysts say Ethereum’s shift to a PoS design could cause staking payouts to balloon to $20 billion in the quarters following the “launch of Ethereum 2.0 and $40 billion by 2025.

“Not only does staking lower the opportunity cost of holding cryptocurrencies versus other asset classes, but in many cases, cryptocurrencies pay a significant nominal and real yield,” the report stated.

Apart from the staking industry growth after ETH 2.0, analysts said staking would become a “growing source of income” for crypto firms like Coinbase, who traditionally rely on trading volumes to reap profits.

But such firms could allow ‘passive’ products for investors, ones which stake on their behalf and payout after a predetermined time period. Such an opportunity, the analysts said, can mean a $200 million revenue opportunity for Coinbase in 2022 alone.

“Yield earned through staking can mitigate the opportunity cost of owning cryptocurrencies versus other investments in other asset classes such as US dollars, US Treasuries, or money market funds in which investments generate some positive nominal yield,” the report noted, adding:

“In fact, in the current zero rate environment, we see the yields as an incentive to invest.”