Virgil Griffith was warned against attending a crypto conference in North Korea but he refused to heed the warning. 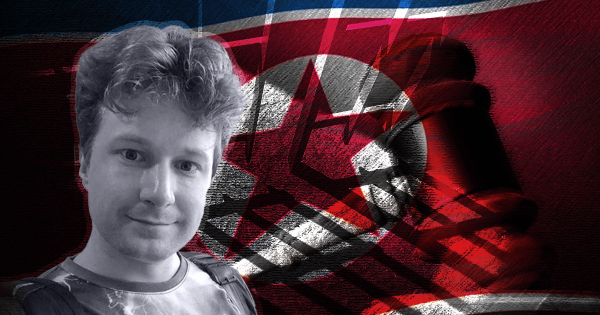 His offense was helping North Korea to evade sanctions by attending a 2019 blockchain and cryptocurrency conference in Pyongyang. Griffith had insisted on attending despite advice against it from the U.S. authorities, his family, and people at his company.

The State Department specifically warned him not to attend, but he failed to heed their warning.

Griffith admitted that he “genuinely, arrogantly, and erroneously thought” that he had known better and added in his plea that:

“I’ve learned my lesson. I am still profoundly embarrassed that I am here and of what I have done.”

However, the admission and guilty plea were not enough to sway the judge to grant leniency.

The crypto expert was initially arrested in November 2019 for providing expert advice and information about blockchain technology to the North Korean government. Prosecutors claim that the country could use the information to evade U.S. sanctions. He has been in custody since July 2021.

To support the ruling, the judge pointed to photographs of Griffith, where he was dressed in a North Korean uniform in front of a whiteboard that had the words “no santions, yay” written on it.

The judge also disagreed with Defence’s claim that Griffith’s trip to North Korea was a personal sacrifice to share educational materials about blockchain technology.

In his opinion, these were not the facts. Castel said:

What you see here is an intentionality…and a desire to educate people on how to evade sanctions.

The original crime carries a 20-year jail term maximum. But a plea agreement between Griffith and the Prosecution meant the prosecution was only asking for six and half years maximum.

The severity of the sentence may have been influenced by the current war between Russia and Ukraine. Both the prosecution and the judge referred to this and how the actions of people like Griffith undermine one of the U.S.’s most important tools, which is sanctions.

CryptoSlate recently reported that U.S. authorities have warned crypto firms and anyone who wants to help Russia bypass the economic sanctions being imposed on it against the action, saying that they would hold the perpetrators accountable.

SWIFT considered ‘neutral’ on sanctions; debate sparked on whether Ethereum is the same

Virgil Griffith is an American programmer, known for being the creator of WikiScanner. Learn More