Floki Inu encountered problems as investors realized there were issues with the contract, eventually raising red flags. But that wasn't the end. 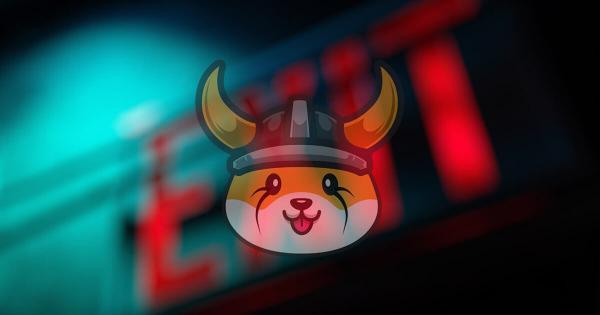 Update 10th July: This article is being reviewed after new information has been provided to CryptoSlate. A follow up article with clarifying details is available here.

Tesla’s owner and crypto’s most notorious influencer Elon Musk tweeted on the 25th of June his new Shiba Inu will be named Floki, which promptly led to a frantic launch of a myriad of meme tokens exploiting the name.

As expected, scams popped up among these purposeless and ad hoc created coins but nonetheless, some attracted massive attention and funds, such as the Ethereum (ETH) token Floki Inu ($FLOKI), which quickly skyrocketed in value only to leave investors disillusioned and hustled.

Not a dog, but another cat in the bag

Historically, Elon Musk’s tweets moved the market in a big way, resulting in the issuance of a trillion Floki Inus, the price of which was driven by the hype.

Problem in contract detected : You can buy on #uniswap but you can't sell !! ???

Nonetheless, the fear of missing out (FOMO) prevailed for many who opted to gamble, despite the project’s scam being exposed, as the rug pull got a sequel.

“In reverse Robin Hood-style the developer was taxing holders 20% on transactions to funnel their funds into his own wallet, holding these funds for ransom and the supply was inflating fast,” the project announced in the name of full disclosure, but that was not the end.

This cat-like dog proved to have several lives as the developer team created a new Ethereum contract, Floki Inu V2 while encouraging investors to migrate their tokens.

Then, the second scam unfolded in a classic rug pull fashion as an insider drained the project’s liquidity pool, exiting with 236 Ethereum transferred to Tornado Cash, a privacy tool for concealing the history of Ethereum transactions, while leaving just 0.25 Ether behind, according to Etherscan.

So, the developer I used has rugged the $FLOKI V2 LP funds.

I'm extremely sorry, I really thought I was helping to save this project and my plans were absolutely huge for this.

As developers keep pointing fingers at who framed who on Twitter, the project refuses to die.

I know much drama with $FLOKI already and trust lost is difficult to regain.

– Ownership will be renounced once airdrop tokens are distributed – no one controls.
– Liq. will be locked for 420 years.
– Audit to be done & posted.
– Multisig on marketing wallet. https://t.co/UV6He5AOQd

Floki Shiba is cute but with a lot of BITE! $FSHIB is a deflationary coin designed to become more scarce over time. Learn more