Despite the recent upswing, these important on-chain metrics spell trouble for Chainlink

The bullish momentum behind Chainlink has been so significant that it pushed its price up over 50 percent in the past seven days. 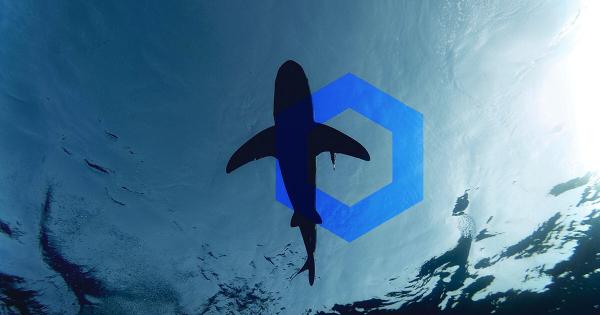 The bullish momentum behind Chainlink has been so significant that it pushed its price up over 50 percent in the past seven days. Now, on-chain metrics reveal that some whales could be preparing to sell an important portion of their holdings.

Chainlink stole the spotlight after surging more than 20 percent in the last 24 hours. The decentralized oracle went from hovering at a low of $2.8 to recently reaching a high of $3.5. The sudden bullish impulse allowed LINK to decouple from Bitcoin, according Santiment.

The behavior analytics provider affirmed that Chainlink is clearly diverging from the flagship cryptocurrency and market participants are aware of it. The firm reported that LINK saw more than 690 new mentions across multiple social media platforms over the past 24 hours.

This represents the biggest spike in social engagement metrics that this altcoin has experienced since the Mar. 12 crash.

Along the same lines, Chainlink’s network activity has been substantially increasing in the last few days. Roughly 3,000 new addresses were created between Apr. 7 and 8, which suggests that the network continues to grow despite the global financial meltdown.

Under this premise, Chainlink’s current network activity levels are indicating that there is a high probability for a further bullish advance.

Whales are cashing out

Nonetheless, there are other metrics that estimate that a short-term correction could be underway.

Santiment’s “Token Age Consumed” index, for instance, is signaling an important movement of idle tokens. This indicates that some long-term holders or ICO investors could be preparing to offload a significant portion of their bags.

This idea is supported by the amount of LINK that is being transferred to exchange wallets following the recent price jump. Indeed, nearly 2.5 million tokens, equivalent to $7.75 million, were transferred to multiple trading platforms in the last 24 hours.

In addition, 1 million LINK was sent to an interim address that is known for cashing out near or at the very top of a rally, explained to Santiment.

Based on the on-chain fundamentals previously described, Chainlink is currently presenting an ambiguous outlook. However, the massive price increase that this cryptocurrency experienced lately leaves more room to go down than up.

One of the most successful investors in the world, Warren Buffett, once said: