Bitcoin tumbles in tandem with global market after Trump Coronavirus address; here are the levels to watch Jonnie Emsley · 3 years ago · 2 min read
This article is more than 2 years old...
News › Bitcoin › Analysis 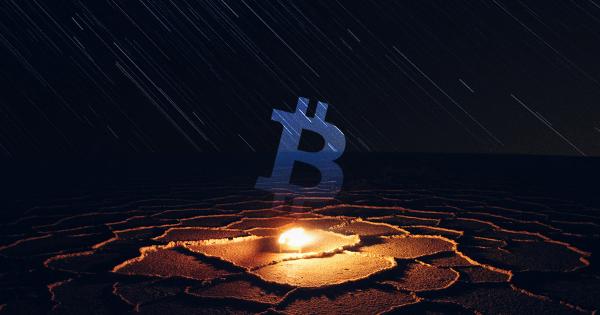 Bitcoin has entered a sharp sell-off in the wake of an address Wednesday night by U.S. President Donald Trump on the Coronavirus, strengthening speculation the number-one crypto by market cap is trading as a risk-on asset.

Global markets entered another rout as President Trump said his administration would be imposing fresh measures to combat the Coronavirus pandemic—including new flight restrictions between the U.S. and Europe, scheduled to come into effect Friday, and taking emergency actions to provide financial relief for workers who are quarantined, ill, or caring for others due to the virus.

The S&P 500 began to dive immediately at the news, launching into a steep decline that would see the key stock index lose more than 4 percent in an hour—the biggest hourly loss recorded since the start of the global market’s Coronavirus-induced panic.

Bitcoin also started to sell off sharply at the news and went on to shed 2.6 percent over the next hour, demonstrating a remarkable correlation to the S&P.

Surprisingly gold—a prototypical safe-haven asset that in recent weeks has posted strong rallies in response to macroeconomic jitters—also began to slide south as Trump gave one of his biggest market-moving speeches on the Coronavirus to date.

“The Bitcoin price falling right now is reaffirming its status as a safe haven because it is performing inline with how gold performs around a crisis. If you look at gold’s performance just around the great financial crisis of 2008, it rose a little bit in value immediately following Lehman and collapsed by 30 percent after that.”

Can Bitcoin prove its worth as a safe-haven?

The virus seems to have brought about the biggest test yet for Bitcoin’s status as an asset, calling into question the narrative of BTC as a hedge against economic uncertainty. Where gold has surged as much as 8.2 percent this month, Bitcoin is down more than 10 percent. Expectedly, sentiment in the crypto market has plummeted over the course of the last few weeks, with the Crypto Fear and Greed Index plunging to its lowest in months.

Despite the evidently dire tone of the market, data suggests BTC’s current bear-trend may be nothing more than a retracement as part of a larger bullish impulse. As reported previously by CryptoSlate, leveraged funds appeared to begin pricing in a downward move as in late-January—nearly a month before the global market entered free-fall.

$7,500, the 78.6 percent Fibonacci retracement level, is a key level for Bitcoin however, and a drop below could confirm a bear market for the number-one crypto by market capitalization.