Many cryptocurrency projects within the industry are still suffering from the significant downturn the market suffered during Black Thursday. 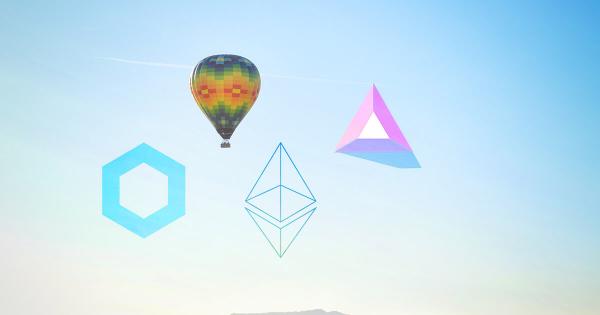 Many cryptocurrency projects within the industry are still suffering from the significant downturn the market suffered during Black Thursday. Despite the state of commotion in the crypto sphere, on-chain metrics reveal that some of the top ERC-20 tokens are still growing.

Network growth as a price indicator

In a recent report, Santiment affirmed that network growth represents one of the most important gauges to understand the health and well being of a given crypto project. The behavior analytics firm maintains that this metric can show the number of new addresses being created on a daily basis. This data can then be used to analyze the growth or decline of user adoption over time.

“Generally, [we can] see that a rising network growth leads to a rising price of any project over time, in most cases. On the flip side, declining network growth for a long enough stretch can usually indicate a future slumping price with the lack of newly created addresses constantly in-flowing the coin or token.”

Under this premise, Quinlivan believes that looking at the amount of network growth that different ERC-20 tokens have experienced after the mid-March crash can help determine the likelihood of their prices continuing to recover.

The smart contracts giant, for instance, has gone through a steady increase in the number of new addresses being created on its network each day. In fact, over the past three months the network growth of Ethereum continues reaching higher highs.

This uptrend is definitely encouraging as it indicates that Ether’s price could advance further up, according to Quinlivan.

Moreover, the decentralized oracle network saw a significant spike in network growth as the market was crashing on Mar. 12. Nearly 2,500 new Chainlink addresses were created that day alone followed by a few other spikes later on. This is a clear sign that LINK has the potential to fully recover from the recent downturn.

“[Chainlink’s] daily network growth is still occurring at a higher rate than it was when its price first started to surge in January. And, it is actually still below those January prices when network growth was lower. So from a divergence standpoint, it’s clear that there is some room to make up for on the upside for this increasingly popular asset.”

Finally, Basic Attention Token has one of the most promising network growth patterns amongst the altcoins previously analyzed. Indeed, this cryptocurrency saw more than 2,600 addresses created yesterday after Gemini announced that it will be listing it to its retail platform.

Even though data from IntoTheBlock reveals that approximately 89 percent of all the addresses holding BAT are losing money, the massive amount of addresses being created on its network suggests that a big number of holders will soon be in the green.

Quinlivan affirms that an increase in the number of addresses being created is “one of the most accurate foreshadowers.” But, only time will tell whether or not the price of these ERC-20 tokens will follow the path that their network growth has seen since the market meltdown.

Analyst: this simple Ethereum structure point towards a quick recovery to $200