Clash of the Titans: JPMorgan’s crypto stance could offer edge over Goldman Sachs 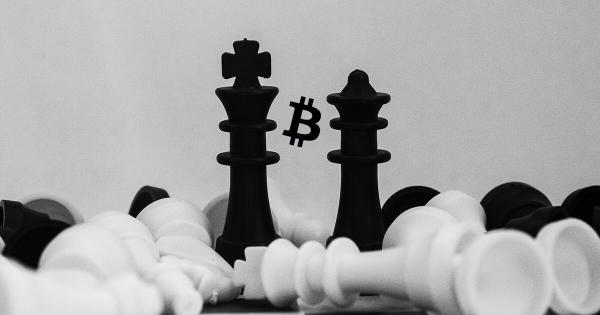 Photo by Piotr Makowski on Unsplash

The traditional finance world has long been skeptical of the crypto market, with many financial “gurus” and banks criticizing the nascent market, frequently leaning against age-old talking points for why Bitcoin is bad.

It appears that this is starting to shift, however, as JPMorgan has recently taken some actions that appear to show that they are changing their outlook towards the market.

This trend doesn’t mark any sort of shift in how the entire banking industry views the market, however, as JPMorgan’s fellow banking giant Goldman Sachs recently offered scathing remarks about Bitcoin and other cryptocurrencies.

It is possible that JPMorgan will gain a valuable edge over its competitors due to its gradual acceptance of digital assets.

Earlier this week, the crypto market was taken aback by Goldman Sachs’ comments on Bitcoin that were made during a call with clients.

In leaked slides from their presentation, they offered a host of reasons why Bitcoin and crypto in general should not be considered a viable investment by investors.

CryptoSlate reported on the comments made within this call last week, in which the bank said:

They also offered a slide showing a plethora of other reasons why investors should avoid crypto, which can be seen below.

This is a sharp contrast to recent actions undertaken by JPMorgan – arguably Goldman Sachs’ primary competitor – who recently began extending banking services to companies within the crypto industry.

The first two companies to be extended service were Coinbase and Gemini – two of the world’s most prominent cryptocurrency exchanges.

This news led Galaxy Digital’s Michael Novogratz to note that this is emblematic of their acceptance of the crypto industry.

“The JPM announcement that they will provide banking services to Coinbase and Gemini is…recognition that the future will include crypto currencies, digital assets, and blockchain based systems.”

This may offer JPMorgan a serious edge over their competition

Because the crypto industry is so small presently and has significant room for growth, JPMorgan offering services to major industry players could ultimately provide them with a serious edge over their competition.

As the industry grows in the years and decades ahead, JPMorgan will likely have first dibs on helping lead some crypto industry unicorns onto the public markets.

This will help them cement their position within the industry, also leading their revenues to rocket – should the rapidly maturing industry continue to grow.

News broke today that banking giant JPMorgan would be extending banking services to two of the world’s most prominent crypto exchanges.