News broke today that banking giant JPMorgan would be extending banking services to two of the world’s most prominent crypto exchanges. 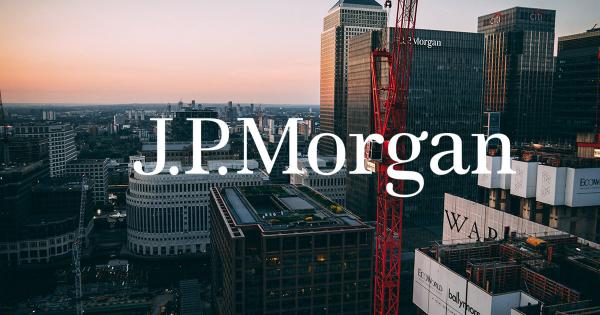 Photo by Matthew Foulds on Unsplash

News broke today that banking giant JPMorgan would be extending banking services to two of the world’s most prominent crypto exchanges. This is significant news considering that the bank’s CEO previously called Bitcoin a “fraud.”

One billionaire investor is now explaining that this news is significant, as it acts as a validation of the role that Bitcoin and crypto will play in the future, while also marking a step towards crypto being legitimized on a widespread scale.

According to a recent report from the Wall Street Journal, JPMorgan has now decided to take on its first cryptocurrency clients, extending banking services to Gemini and Coinbase – two of the world’s largest exchanges.

Paul Vigna – the reporter who first broke the news on behalf of the WSJ – spoke about the breaking development, saying:

“JPMorgan Chase has taken on two bitcoin exchanges, Coinbase and Gemini Trust, as bank customers, the first time it has accepted cryptocurrency clients.”

This marks the latest development in the banking giant’s winding road when it comes to their approach towards digital assets.

Jamie Dimon – JPMorgan’s CEO – previously went so far as to call Bitcoin a “fraud” before later walking back these comments and noting that “the blockchain is real.”

The bank even released its own digital asset called JPM Coin aimed at conducting bank-to-bank transfers.

The addition of crypto exchanges Coinbase and Gemini is the latest development within the bank’s crypto journey.

The importance of this development should not be understated.

Michael Novogratz – the founder of Galaxy Digital and a prominent investor – spoke about the news in a recent tweet, explaining that it marks a recognition of the importance that Bitcoin, crypto, and blockchain, will play in the future.

“The JPM announcement that they will provide banking services to Coinbase and Gemini is a big deal.  Go BTC.   It is recognition that the future will include crypto currencies, digital assets, and blockchain based systems.”

These two exchanges are well-established and highly compliant with global regulations, so they are obvious first picks for crypto-related clients.

It is possible that the bank will begin extending its banking services to more Bitcoin and crypto-focused companies in the months ahead.