China’s leaving no stones unturned in its apparent motive to become a global blockchain leader. 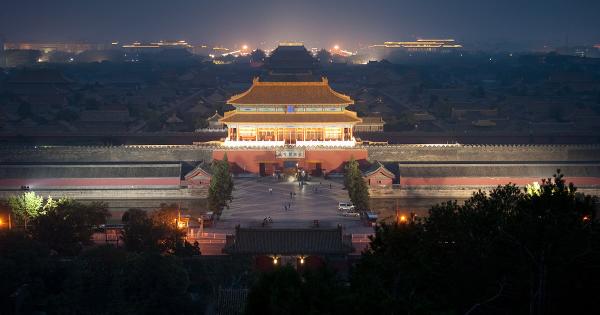 Photo by Tom Winckels on Unsplash

China’s leaving no stones unturned in its apparent motive to become a global blockchain leader.

This past weekend, an official of the China National People’s Congress suggested the parliament to increase state-budgeted funds towards blockchain development and digital currencies, terming it a “new economic potential.”

The move comes days after Korea mulled a $400 million fund to aid blockchain-related efforts in the country.

As per a report on local aggregator Baidu News, Tan Jieqing of the Chinese Congress is pushing for blockchain reform in the country. China’s relation with distributed systems is rather unique – the country embraces and is setting the groundwork to become a leader in blockchain technology while shunning stateless currencies completely.

The National People’s Congress is China’s most powerful legislative party. Jieqing presented his thoughts at the annual meeting attended by over 2,800 delegates. Acceptance of the bill would signal a powerful step towards blockchain investments and legislation globally.

Jieqing noted global investment in and development of blockchain-based systems have been impressive in the past years, adding the industry presents employment opportunities to millions of Chinese citizens. He may not be wrong, earlier this year CNBC reported skills pertaining to the blockchain industry are the most sought after in 2020.

But blockchain-based companies are rather limited in number in current times, Jieqing believes. He says the “scale is small,” the “strength” is weak, and “talents are lacking,” and while the blockchain ecosystem continues to develop, a standardized and “orderly” approach to the technology is absent.

To alleviate the above, Jieqing calls for introducing a development plan in three parts; one for technical standards, one for mid-level industrial application, and the final for “top-level” system design.

The adoption of blockchain technology would promote smart governance and an “honest society” in China, says Jieqing. He added:

(It) also helps China seize the future global blockchain technology and industrial development The commanding heights and the right to speak better protect national sovereignty and security from the technical and industrial levels.

Jieqing seems to be a blockchain “maximalist.” The congressman is also Director of Applied Maths at the Hefei University of Technology, which presumably suggests his knowledge of blockchain systems may be more than elementary.

At the hearing, he called for a “special fund” to be set up by the government, one focussing solely on developing “excellent” blockchain enterprises and encouraging innovation in the industry.

Jieqing believes the push will help cultivate “a number of unicorns” in the country, or startups that reach a billion-dollar valuation within months or years of launch. Part of the funds, he suggests, must be used towards blockchain demonstration and the promotion of electronic-based government initiatives, such as storage platforms.

The proposal contained no mention of cryptocurrencies, despite China aggressively pushing its own. However, digital currencies can help in the smooth functioning of a public blockchain by rewarding users with tokens. Would that mean China will push for digital tokens next?

Only time, and China, will tell.