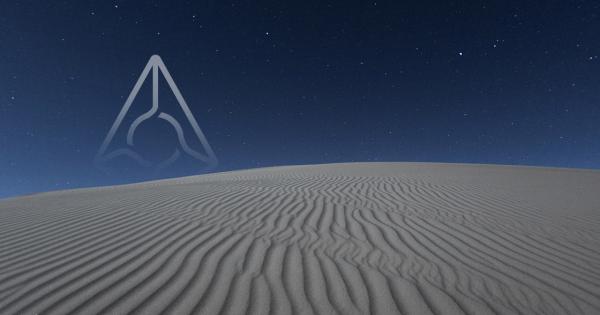 Augur (REP), a blockchain-based decentralized protocol that allows cryptocurrency users to create their own prediction markets, has announced the release of its version 2 upgrade. According to the company’s Apr. 8th blog post, this is the first major upgrade to the platform since its release in July last year.

The single biggest request the company received since its initial release was allowing for trading with a stablecoin. The first version of August used ether (ETH) for all trading but decided to introduce a stablecoin denomination to combat ETH’s volatility. The v2 contracts will still reference “Cash,” a contract that wrapped ETH and was given additional trust by privileged transfers contracts, but will instead point to the Dai (DAI) stablecoin in addition to its existing ETH offering.

Invalid Market Hack Fixed: Apart from the ability to trade with a stablecoin, the Augur community wanted to solve the risk of invalid markets. In v1, a market resolves as “Invalid” when reporters deem its outcome ambiguous or unverifiable.

As shares in such markets could be turned in for an equal amount of money, this allowed for “bad actors” to manipulate the market. The newest version made Invalid a tradeable outcome like any other, thus enabling traders to hedge the risk of Invalid outcomes and gauge their likelihood via market forces.

Decentralized REP Price Calculations: Version 2 also resolved another bug regarding fees paid to reporters by traders. The platform is now fully decentralized and the company introduced a built-in double action that will act as the price feed for reporters. ” Two double auctions will take place each week where a pot of DAI and REP are sold for one another, and a REP price is calculated from the sale prices,” the company explained.

Mandatory Voting on Forks: Augur also implemented a “use-it-or-lose-it” forking ultimatum—if a market in Augur v2 forks users have 60 days to participate or they will lose all of their REP. The platform’s newest iteration also allows for disputes to occur immediately following one another. The previous version required REP holders to wait until the next available window to dispute the tentative winning outcome. In v2, anyone can dispute an outcome regardless of when it won or when the next window begins.

New ERC777 Standard: The company also addressed the deficiencies of the ERC20 standard by introducing ERC777. The new standard is backward compatible with ERC20, Augur explained, but it also improves on many of its features. This allows for developers to make their apps interact with Augur tokens without having to give full transfer permissions to users.

Market Duration Limit: A limit to market durations was also introduced to combat the lack of security of markets that remain on the old versions of the platform. While v2 also brought numerous other features and fixes, these are the ones the company believes users will benefit the most.

Augur was lambasted for its horrible user experience and bugs in v1. Hopefully, these upgrades will make the platform more usable, and in turn, make it one of Ethereum’s killer apps.