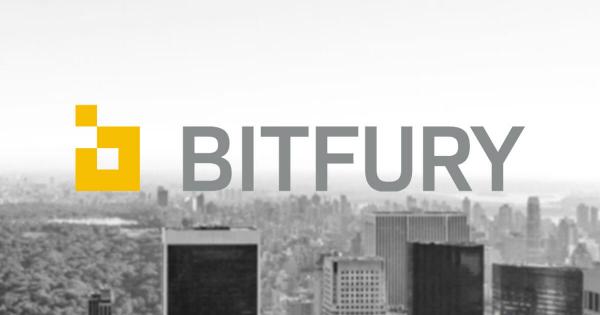 Following news of Bitmain and Canaan IPO filings in Hong Kong, Europe looks set to record its own first major crypto IPO, as blockchain infrastructure provider Bitfury is reportedly considering plans to list publicly in London, Amsterdam or Hong Kong. Bloomberg reported on Oct. 25, that the company is looking to get a valuation between $3 billion and $5 billion.

Quoting an unnamed source familiar with the matter, Bloomberg reported that the Amsterdam-based company’s range of strategic options which the company is currently considering includes a public listing in one of London, Amsterdam or Hong Kong, To this end, the company has already sounded out a number of global investment banks as it looks to potentially wrap up the listing as soon as next year.

If the proposed IPO does not take place, the other options available to Bitfury include debt financing or minority stake selloffs, but no concrete decision has been made either way. If it does decide to go through with the IPO within the next two years according to Bloomberg sources, it could seek to be valued at between $3 billion and $5  billion, depending on the dynamic market and industry conditions.

Some analysts see this figure as decidedly optimistic, especially given that much larger companies operating in the crypto mining equipment manufacturing space with revenues several times that of Bitfury are seeking similar IPO valuations. For reference, Bitmain’s much-publicized mega-IPO in Hong Kong sought a valuation of about $3 billion, though the company was accused of inflating its fundamentals and hiding key market data.

Some have criticized the timing of such IPOs, coming at a time when sales of crypto mining gear have fallen so dramatically that some makers have exited the market altogether.

“I knew that they weren’t in a really good place and it’s kind of surprising that they would want to IPO at this time and all the information that was coming to light was reconfirming all of the intel that I’ve had on what was going on inside.”

It also remains to be seen whether any global bank will actually agree to take on an advisory role for the mooted ICO because many such institutions have declined such involvement in the past, citing a lack of regulatory uniformity across jurisdictions as well as fears over the future of cryptocurrencies and the markets they underpin.

Founded in 2011, Bitfury controls a fraction of the global crypto mining gear market, which is dominated extensively by Bitmain and its flagship Antminer series. Its last available financial report shows revenues of $450 million for the financial year ending March 2018, and its majority controlling stake is shared by CEO Valery Vavilov and co-founder Valery Nebesny.

The main competitive advantage established by Bitfury in recent times is the invention of a framework for cooling computers by immersing them in a non-conductive fluid, which potentially lowers cooling costs for data centers exponentially, and makes it possible to pack more hardware into smaller spaces, increasing productivity and efficiency of coin mining operations. This technology has already been demonstrated at its data center in Georgia and is set to be deployed at another mining farm currently under construction.

The Bitfury Group is a leading full-service blockchain technology company and one of the largest private infrastructure providers in the blockchain ecosystem.