In early August 2018, Beijing-based Bitmain Technologies announced its plan to go public in Q4 2018 to much excitement and fanfare. 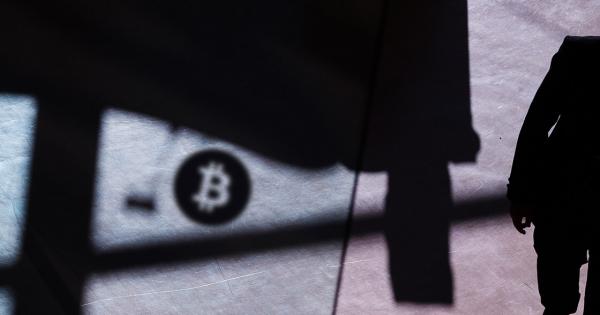 Photo by Jennifer Latuperisa-Andresen on Unsplash

In early August 2018, Beijing-based Bitmain Technologies announced its plan to go public in Q4 2018 to much excitement and fanfare.

The Chinese cryptocurrency company, founded in 2013 by Jihan Wu and Micree Zhan, has long been a powerhouse in the cryptocurrency space. As a pioneer of ASIC mining chips, Bitmain controls approximately 70 percent of the mining chip market and is also responsible for a substantial chunk of Bitcoin’s computing power through its mega-mining pools Antpool and BTC.com.

This combination of dominance and diversification in the Bitcoin mining process has helped it become a financial powerhouse, with profits in 2017 estimated to be somewhere between $3-4 billion, according to Bernstein Research. Bitmain also reported a net profit of $1.1 billion in the first quarter of 2018.

Given their massive profits, and news of a $1 billion pre-IPO-financing round, Bitmain’s valuation rose to $15 billion and its highly anticipated IPO was expected to join the ranks of IPO historical giants like Spotify, Facebook and Alibaba.

Unfortunately, things have not gone smoothly since the announcement. Thanks to a combination of self-inflicted mishaps and diligent sleuthing, it has been revealed that Bitmain has three major problems that both hurt their credibility and the potential of their IPO:

While the Bitmain IPO may still end up being a wild success, its lack of transparency and precarious position do warrant second considerations.

News of SoftBank, one of Japan’s most successful companies, and Tencent, the world’s biggest investment corporation, being part of the $1 billion pre-IPO-round was initially viewed as a very strong endorsement of Bitmain.

However, it appears that a deal with SoftBank, Uber’s largest shareholder, was never in place, with Cointelegraph reporting Kenichi Yuasa of the corporate communication office of SoftBank Group Corp stating:

In addition, it appears that the deal with Tencent is also highly unlikely, with no announcement or confirmation of the deal since its publication in the Chinese QQ, Aug. 4.

Bitmain, understandably, refused to comment on the matter. And by not commenting, Bitmain gets the benefits of a potentially lucrative rumor without having to tell a blatant lie. While this is probably in their best financial interest, this is probably not the best look for a company already viewed with mistrust after the Bitcoin/Bitcoin Cash fork.

Bitmain’s affinity for Bitcoin Cash (BCH) also appears to be a potential weakness and may be the reason for their IPO. According to popular Twitter threads by Samson Mow, Parabolic Trav and WhalePanda, as well as the analysis of Crypto Herpes Cat on Medium, Bitmain hemorrhaged itself by selling most of its BTC holdings for BCH. They are now believed to hold around 1 million BCH.

The first column, BTC quantity from EOY 2016 to 2017 drops from 70k coins to 35k coins. Doesn’t reveal mined BTC additions from 2017 because they sold off BTC by end of year. What this says to me is they sold entire 2017 mined inventory + 35k 2016 coins to support Bcash peg. Rekt https://t.co/ZZasSuwSri

According to Mow, this perfect storm has caused Bitmain to lose anywhere between $600-700 million in Q2 and is partly the reason for the IPO and a much-needed cash boost.

Why is Bitmain raising capital so fast & only showing Q1 results to pre-IPO investors? We're well into Q3 now. The reason is Q2 was a disaster. Bitmain is sitting on a massive $1.24 billion USD in inventory & S9 prices dropped by ~85%! Q2 losses range in the $600-700 millions. pic.twitter.com/fVYcDRTvBp

Despite Bitcoin’s 2018 slump, the hash rate has continued to grow steadily throughout the year, creating a greater demand for the next generation of powerful and efficient miners.

As the founders of the revolutionary ASIC miners, Bitmain has long been the leader of the mining chip industry; however, it seems they’re struggling to produce the next generation of Antminers.

It's reported that bitmain's risk wafer on 16nm/12nm/10nm all failed and lost around 4 billion yuan.#btc pic.twitter.com/4K2wzsJsbz

According to Red Li, Bitmain has spent almost $600 million (4 billion yuan), trying to develop the Antminer 11 to no avail. A possible explanation for their difficulty in doing so may be attributed to the falling out between Bitmain founder Jihan Wu and former chip designer Yang Zuo Xing. Xing now works for competitor WhatsMiner.

On top of their struggles in developing their next miner, Bitmain’s hash rate dominance has also dropped from around 40 percent in late February to around 15 percent at the time of writing.

An IPO Worth Watching

While Bitmain clearly has some issues, it should not be taken lightly. Wu has established himself as a savvy businessman and the profits of Bitmain are astronomical for a five-year-old company.

Perhaps this scrutiny is overblown, and Bitmain ends up once again delivering a superior mining chip and re-establishing its dominance in the crypto economy.

On the other hand, if it really is stuck with a bunch of unmovable BCH and a depreciating inventory of Antminers, Crypto Herpes Cat suggests one possible solution.

“You IPO and pass the bag on in one huge lumped stock offering and hope investors don’t realize all of your current assets are very, very illiquid.”

No matter what happens–given Bitmain’s controversial, yet successful track record–the IPO and its aftermath will be something to keep an eye on.