Earlier this week, Wright lost the Kleiman case and was ordered by a judge to give away half of his Bitcoin holdings to the Kleiman estate. 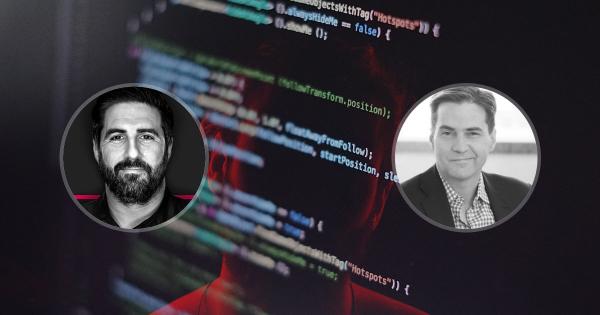 Earlier this week, Wright lost the Kleiman case and was ordered by a judge to give away half of his Bitcoin holdings to the Kleiman estate. British podcaster Peter McCormack said he was willing to bet $10,000 that Craig Wright won’t be able to move the Bitcoin associated with Satoshi Nakamoto, even offering 2 to 1 odds to anyone willing to take the bet.

Wright vs Kleiman case ruling gets an interesting twist

The Craig Wright saga might not be coming to an end, but it sure is getting more interesting by the day. The self-proclaimed Satoshi Nakamoto has officially lost the Kleiman case, with the judge ordering him to pay half of his pre-2014 Bitcoin to the estate of his former partner.

And while the ruling itself didn’t come as a surprise due to Wright’s notoriety, Wright’s reaction to the court’s decision is something few expected. Contradicting previous claims that he is unable to access the fortune he mined in Bitcoin’s early days, Wright said he “has no choice” but to pay out almost $2.5 billion worth of BTC.

Many of his supporters warned about the potentially devastating consequences this could have on the crypto market, given that the Kleiman estate would have to dump around 40 percent of the coins to pay, or roughly $1 billion, to cover estate taxes.

This prompted British podcaster Peter McCormack to come up with an interesting offer to those who believe Wright is Satoshi Nakamoto. McCormack, who is currently embroiled in a libel lawsuit with Wright, said bet $10,000 that none of the coins associated with Satoshi Nakamoto will be moved within a year.

Open bet available for any $BSV CSW cultist of the belief that Craig has the Satoshi coins.

He even offered 2 to 1 odds for the bet, saying the money would be immediately locked in escrow and paid out at the end of August next year to anyone that accepted the bet.

The crypto community welcomed McCormack’s call for the bet, with many pointing out he could have easily increased the odds to 100:1 to make things even more interesting. Some have even suggested that he opened up a prediction market for the bet.

@hodlhodl can you open a prediction market on this? I yes, this can bring quite some attention to your product.

While everyone was mocking Wright and discussing the repercussions of McCormack’s bet, Calvin Ayre was busy promoting a new book about Wright. The book, titled “Behind the Mask: Craig Wright and the Battle for Bitcoin,” written by Byron Kaye and Jeremy Wagstaff, describes a “thrilling, stranger-than-fiction story of Craig Wright.”

Calvin Ayre, a Canadian gambling tycoon and one of the biggest investors in Craig Wright and Bitcoin SV, broke the news about the book on Twitter. Ayre said that the promotion couldn’t have begun at a perfect time, as the book will be released at the same time when Wright is set to get his alleged coins out of the “Tulip Trust.”

they started promoting the book that will have the back ground of Craig creating #Bitcoin. Its nice timing to be out at the same time as Craig gets the Satoshi coins out of tulip trust. Also good timing with Judge just ruling Craig is Satoshi.https://t.co/55vZgvDDUk

McCormack responded to Ayre’s tweet with a quote from the judge’s ruling, who explicitly said that the existence of the “Tulip Trust” wasn’t supported by any evidence at all.

"The totality of the evidence in the record does not substantiate that the Tulip Trust exists. Combining these facts with my observations of Dr. Wright’s demeanor during his testimony, I find that Dr. Wright’s testimony that this Trust exists was intentionally false." https://t.co/3dBwzztC02