Will Bitcoin and Crypto Payments Go Mainstream at the 2018 World Cup? 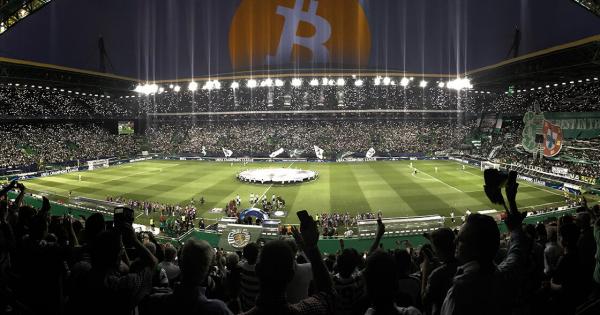 Photo by Umberto Santos on Unsplash

Following Real Madrid’s recent Champions League triumph and the conclusion of the club soccer season, the world eagerly awaits the 2018 World Cup in Russia. While fans worldwide tune in to support their country and favorite players, those traveling to Russia to attend games have the exciting opportunity to spend their cryptocurrency at the quadrennial event.

From June 14th to July 15th, 32 teams will compete in Russia for soccer’s most prestigious trophy.  With the teams comes millions of fans. At the last World Cup in Brazil, over 5 million people visited the FIFA Fan Fest and 3.4 million people attended a game.  This summer, for the first time, visitors will have the chance to pay for their World Cup experiences with Bitcoin and other cryptocurrencies.

To get to Russia, visitors can book flights with Bitcoin through CheapAir or Destinia.  Once there, travelers can exchange cryptocurrency for Rubles at the Moscow exchange or use a Wirex card.  Wirex allows travelers to load up a Visa debit card with BTC, USD, EUR, or GBP.

In Kaliningrad, one of the Russian host cities, visitors can book accommodations at the Malina Apartments chain with Bitcoin, Ethereum or Litecoin.  The partnership between Free-Kassa and the hotel chain is one of the first of its kind.  The hotel manager, Anna Subbotina stated:

“Cryptocurrencies are now enjoying increased interest. Gradually they will come into use as a means of payment. And we decided that the fans should be able to pay for our services with the help of this innovative technology. It may very well be that other hotels are awaiting our example for the forthcoming football holiday.”

James Rodriguez was the breakout star of the 2014 World Cup. Scoring six goals, Rodriguez led Columbia to the quarter-finals, won the Golden Boot (awarded to the tournament’s leading scorer), and made a big-time move to Real Madrid.

After an impressive season on-loan at Bayern Munich, the Columbian star is ready for another major summer on and off-the-pitch.

Recently, Rodriguez announced a partnership with SelfSell to become the first major athlete to launch their own cryptocurrency.

According to SelfSell, Rodriguez’s coin, the JR10 token, will solidify fan relationships by allowing token holders to access exclusive merchandise, participate in fan club meetings, and interact with the star.

During the presale on the SelfSell app, JR10 tokens sold out in 12 seconds.

A brand “new me”, sponsored and brought by SelfSell, will be activated. Will you guess what it is? Jump to download SelfSell App and join me. @self_sell pic.twitter.com/OXugqJq3uH

With that kind of fan interest, it is only a matter of when the game’s other biggest stars will follow Rodriguez’s lead and launch their own cryptocurrencies.

A Glimpse of the Future

It is fitting that cryptocurrencies, a borderless payment method, will be implemented at the grandest stage of the world’s game. By facilitating the use of cryptocurrencies in Russia, companies like Wirex and Kassa-Free may be setting a precedent for even more use at future international events.

Regarding James Rodriguez, it will be interesting to see how his cryptocurrency ultimately pans out. One day, a personalized cryptocurrency may be just as necessary as a social media presence for the world’s biggest personalities.

While this is all very exciting for the adoption of cryptocurrencies, don’t forget to enjoy the beautiful game.