Though Bitcoin started 2020 with a bang, it’s worth taking the start of a new decade to reflect on the state of the original cryptocurrency. 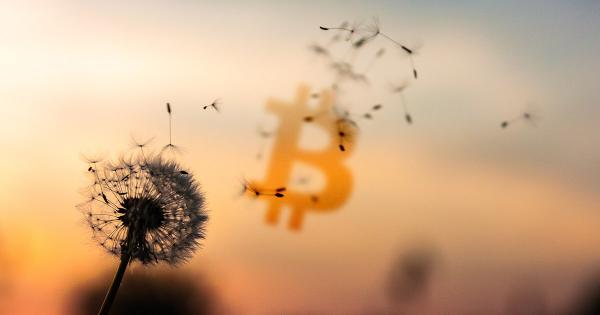 Though Bitcoin started 2020 with a bang, it’s worth taking the start of a new decade to reflect on the state of the original cryptocurrency. Doing that, we can really only draw one conclusion: it has failed to live up to the hype.

Don’t get me wrong. Even over the past few months, we’ve seen some very encouraging news for bitcoin. There have been headlines about rapidly growing institutional adoption, as well as speculation on the rise of crypto in China. All this is great. The problem, especially apparent if you’ve been following the news around bitcoin for a few years, is that headlines like this come up EVERY few months, and bitcoin adoption remains low.

Who is right? In this article, we’ll take a look.

Before we get into the nuts and bolts of why bitcoin adoption hasn’t hit the levels that some expected, it’s worth reminding ourselves of why businesses and consumers are expected to embrace bitcoin, or indeed crypto more generally.

For consumers, the most tangible benefit of bitcoin comes in terms of online privacy. That’s why it was the currency of choice for the Dark Web, and why cryptocurrency bans still lead to rising VPN usage. But here’s the problem: survey after survey has found that whilst consumers claim to care about their online privacy, in reality they appear keen to undermine it given the slightest opportunity. Given this, it doesn’t seem so surprising that many people just pick the easiest way to pay for goods and services, even if this is most insecure.

On the other hand, businesses are supposed to benefit from bitcoin because it offers their customers a more flexible way to pay. Yet many companies seem extremely reticent to start doing this. Not all, of course. Last month, Avnet, credited with being one of the world’s largest distributors of electronic components, said it would enable cryptocurrency payments thanks to a partnership with payment processor BitPay.

But here’s the rub: companies saying they will accept bitcoin still makes news headlines. Why is that?

In reality, there are barriers for both consumers and companies when it comes to working in bitcoin. So let’s break down the hype, and look at how bitcoin is perceived outside of the crypto community.

There are many reasons why consumers have been reluctant to use bitcoin, and many of them are covered in this excellent article at HackerNoon. In short, bitcoin is still seen as simply too risky for many consumers, not just in terms of the base volatility of the currency, but also due to difficulties in finding exchanges they can trust.

This issue of trust is implied within a number of other reasons for slow adoption. Lacking a detailed knowledge of how crypto works, many consumers don’t know the difference between blockchain and cryptocurrency. In addition, in many countries trading in bitcoin is taxed and highly regulated, completely undermining the idea that bitcoin is a “more private” option.

Then, finally, there are the hacks. ICO scams hit the headlines on a daily basis, as do stories about crypto-mining malware and ransomware as a service. This means that those consumers who are tech-savvy enough to know how bitcoin works are turned off by the poor level of cybersecurity in the space.

Now let’s look at bitcoin from the opposite perspective: that of businesses. If you look at the history of bitcoin adoption among large companies – and trust me, I have – a depressing trend emerges. Let me show you.

In 2014 the travel giant Expedia started accepting Bitcoin after working with Coinbase to make this possible. However, the retailer then quietly stopped taking the cryptocurrency. Then there was Stripe, who also started to accept bitcoin in 2014, and then stopped again in 2018, citing the network’s scalability issues and the resulting decrease in customer’s willingness to pay using the digital currency. Steam started accepting bitcoin in 2016, leading many in the space to raptures. Then – you’ve guessed it – they announced they would stop taking bitcoin payments in 2017, this time due to “high fees”.

These reversals raise a troubling question: why did these companies accept bitcoin in the first place? After all, the fact that they were able to drop this functionality so quickly indicates that consumers were not so happy about paying in this way.

And that, sadly, appears to be the major benefit for companies of adopting bitcoin at the moment: publicity.

So let’s come back to the question at hand. Are consumers or businesses to blame for the lack of adoption of bitcoin? For consumers, as we already mentioned the most tangible benefit of bitcoin comes as an enabler of online privacy; for businesses, things appear to be a little trickier.

In reality, the issues that deter the use of bitcoin are different for both consumers – who worry about security – and businesses – who largely worry about their profitability.

So let’s ask a different, deeper question. Why is it so important that we see widespread adoption of bitcoin? For decades, bitcoin users have been obsessed about buying their morning coffee with Bitcoin and the possibility of huge retailers such as Starbucks accepting it. This is often viewed as “proof” that bitcoin has become a “real” currency, and this is still the way that most crypto news stories are covered.

The problem with this dream is that it ignores the benefits that crypto can bring to both consumers and companies. Telling people that there is a new currency they can use to pay for Steam games is great, but in most cases, consumers just see this as arbitrary information. Why pay in bitcoin, when they can pay by credit card?

In short, Bitcoin is going to need a careful process of image management if adoption is going to rise. Instead of stressing that it is “just like other currencies”, journalists need to point out exactly where it DIFFERS from other forms of money. In short, and as we’ve previously pointed out, crypto newsmakers and journalists need to get on the same page, and take the dawning of a new decade as an opportunity to get back to basics. To remember why bitcoin is special, and stop trying to make it like other currencies.