According to data from Skew Research, Bitcoin is currently off to the best start to a year since 2012. 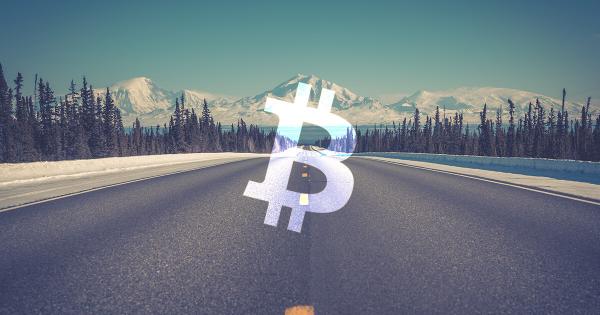 According to data from Skew Research, Bitcoin is currently off to the best start to a year since 2012. The world’s largest cryptocurrency entered Q1 2020 with an 18 percent growth, which when compared to 2019’s 10 percent, shows it’s up for an eventful year.

While we’re just two weeks into 2020, the new year already looks very promising for the crypto industry. With most cryptocurrencies finishing up 2019 in the green, many believe the dreaded crypto winter that went on for most of 2019 could be coming to an end.

Bitcoin’s poor performance in 2019 failed to give much hope when it comes to predictions for 2020, leaving many skeptical about what the new year will bring.

However, data from Skew Research has shown that the pessimism surrounding the current state of the world’s largest cryptocurrency might be unjustified. Focusing mostly on weekly or monthly charts, many fail to see the big picture of the market, especially when it comes to Bitcoin.

Bitcoin, according to Skew, is currently off to its best start to a year since 2012. The coin managed to gain around 18 percent in just two weeks, showing an influx of optimism into the crypto industry.

According to the data from Skew, Bitcoin showed a 10 percent return in Q1 2019. While the number seems modest when compared with its Q2 returns the same year (161.5 percent), Q1 2018’s 50 percent loss makes the quarter look almost parabolic.

According to Vijay Ayyar, Singapore-based head of business development at crypto exchange Luno, most people think this could be the beginning of a new uptrend for Bitcoin.

Ayyar told Bloomberg that while Bitcoin’s price was slated to move up “in general,” it was the launch of CME’s Bitcoin options that fueled the growth.

Binance‘s Changpeng Zhao and Galaxy Digital’s Mike Novogratz have also said in the past that institutional investments will be what ultimately pushes Bitcoin’s price upwards.

Prominent cryptocurrency analysts also believe Bitcoin’s current momentum could be a sign of bigger things to come. Mohit Sorout, a partner at Bitazu Capital, noted that with BTC’s latest spike higher, it has broken above two key downtrend resistances that have constrained price action for the past seven months.

Bakkt‘s surging trading volume could also be “blamed” for Bitcoin’s January 2020 surge. Su Zhu, the CEO of Three Arrows Capital, said Bakkt’s modest volume at the beginning of December 2019 was a “trickle” that’s bound to turn into a “flood.” The platform’s Bitcoin cash-settled futures volume currently exceeds $100 million, which could have significantly impacted Bitcoin’s surge.

Bitcoin just cracked $8,500, and it means bulls are taking control

Over the past few hours, Bitcoin has exploded higher.

The rise of institutional adoption was one of the main narratives for Bitcoin in 2019.