South Korea continues to make news in the crypto space. 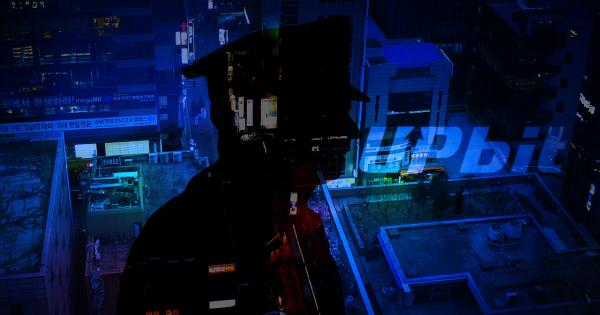 Photo by Dmitrii Ivashko on Unsplash

South Korea continues to make news in the crypto space. Late this week, regulators raided Upbit, the country’s largest crypto exchange, on suspicion of fraud. The actions occurred as crypto enthusiasts around the world are wrestling with regulatory concerns and as more mainstream financial institutions are beginning to enter the space.

According to Bloomberg, officials are investigating suspicions that the exchange transferred customers’ exchange funds to an executive or otherwise separate account. Meanwhile, other outlets are reporting that the Upbit committed fraud by selling customers digital currencies that the exchange doesn’t actually own. However, authorities have not officially commented on the charges or suspicions that led to the raid.

Those familiar with the raid indicate that investigators confiscated hard drives and accounting records that could provide insight into the allegations. The action, which occurred over two days, was executed by local police and ten federal investigators.

Upbit acknowledged the raid in a message on their website’s homepage:

“Upbit is currently under investigation by the prosecution, and we are working diligently.”

“Upbit services such as all transactions and withdraws are operating normally. Your assets are kept securely in your account, so you can rest assured that you can use Upbit services.”

Although correlation is different than causation, nearly every major cryptocurrency experienced a significant drop since the raid.

Bitcoin is down more than 8%, Ethereum dropped 10%, and Ripple lost 16% of its value in the last 24 hours. Meanwhile, price drops by percentage are increasingly for digital currencies with smaller market caps.

South Korea is one of the most tech-forward countries in the world, and retail investors in the nation have taken a particularly keen interest in digital currencies.

Many believe that although South Korea has a relatively small population, it is the world’s third most significant for cryptocurrencies after the U.S. and Japan.

According to ABC News, as much as 20% of the world’s cryptocurrency transactions take place in South Korea.

For now, the government seems committed to allowing cryptocurrencies and their accompanying exchanges to operate unimpeded, but they are working hard to ensure that they maintain legality.

The South Korean government has been closely scrutinizing the role of cryptocurrencies in the economy, and their unregulated exchanges have been a primary target for their efforts.

Some speculate that South Korean may institute a permitting process for cryptocurrency exchanges and ICOs, but, for now, they are choosing to carefully scrutinize those already in operation.

Last month, another exchange, Coinnest, was investigated for charges of embezzlement and fraud, and their chairman, Kim Ik-hwan was detained. What’s more, South Korean exchanges frequently list digital currencies at much higher prices than in other countries.

In January, CoinMarketCap removed a cadre of South Korean exchanges from their listings, which caused a significant and instantaneous drop in crypto markets around the world.

Given its outsized role in the crypto economy, it’s especially important that South Korean exchanges operate with impunity and integrity.