Multinational investment bank Goldman Sachs has recently confirmed that it will be launching a Bitcoin trading desk in response to client demand for cryptocurrency services. 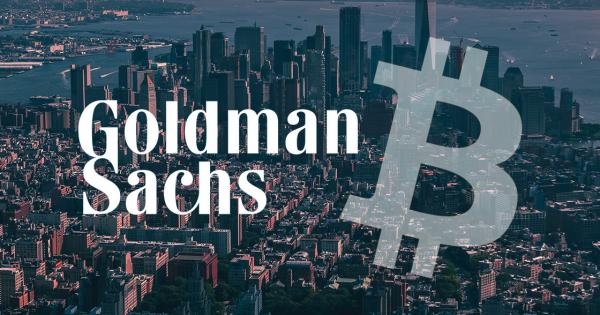 Photo by Tom Ritson on Unsplash

Multinational investment bank Goldman Sachs has recently confirmed that it will be launching a Bitcoin trading desk in response to client demand for cryptocurrency services.

In a major step forward that represents the first official Bitcoin trading operation at a Wall Street bank, Goldman Sachs confirmed on Wednesday that it will begin to leverage its own capital to trade in a variety of investment contracts linked to Bitcoin, and potentially trade Bitcoin directly in the near future.

Goldman Sachs CEO Lloyd Blankfein confirmed that the investment bank would begin clearing futures in Bitcoin for “some futures clients” earlier this year, leading to rampant speculation amongst the cryptocurrency community that the launch of a dedicated Bitcoin desk was on the horizon.

The launch of the Bitcoin trading desk is a significant change in position from the Goldman Sachs CEO, who stated in an interview with Bloomberg last year that the digital currency was a “vehicle to perpetrate fraud.”

Rana Yared, a Goldman Sachs executive charged with overseeing the establishment of the new Bitcoin trading operation, stated in an interview with the New York Times that the organization has adopted a careful stance on the cryptocurrency:

“I would not describe myself as a true believer who wakes up thinking Bitcoin will take over the world. For almost every person involved, there has been personal skepticism brought to the table.”

Fortune reports that the bank will begin offering a limited number of derivatives, trading Bitcoin futures in a principal, market-making capacity. Goldman Sachs will also create non-deliverable forward products. Yared confirmed with the New York Times that “Bitcoin is not a fraud and does not have the characteristics of a currency,” stating that the creation of the desk is largely in response to client demand:

“It resonates with us when a client says, ‘I want to hold Bitcoin or Bitcoin futures because I think it is an alternate store of value.’”

In addition to responding to inquiries from hedge funds interested in investing in the new, volatile asset class, Yared stated that the bank had received interest from endowments and foundations that have received donations in the form of cryptocurrency and are unsure of how to handle them.

Goldman Sachs has already begun clearing trades for clients that buy and sell futures via the Chicago Mercantile Exchange (CME) and the Chicago Board Options Exchange (CBOE), but the launch of the new trading desk will see the bank use its own capital to pursue futures contracts on behalf of its clients.

Schmidt, in statements provided to the New York Times, stated that the new role fills a void in the market he had previously identified during his tenure as an independent crypto trader:

“In terms of having a trusted institutional player, it has been something I have been looking for in my own crypto trading — but it didn’t exist”

According to Schmidt, Goldman Sachs will consider trading Bitcoin directly — paradoxically referred to as “physical Bitcoin” — if the necessary regulatory approval can be secured from the Federal Reserve and New York authorities.