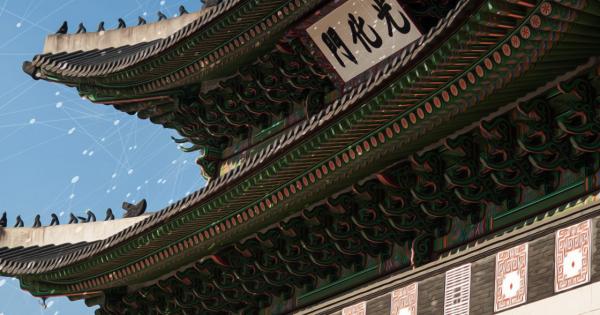 Photo by Timothy Ries on Unsplash

According to latest reports, the South Korean FSC, Financial Services Commission, is planning to support the adoption of various blockchain technologies in order to foster innovation within the country’s FinTech sector.

Korean newspaper JoongAng Daily reported that the nation’s stance towards the crypto-market will be one of inclusivity rather than the other way around. The article then proceeds to mention that the FSC is also looking to introduce new regulations that will help to:

What are the projected implications of this new move?

Choi Jong-ku, Head of the FSC, elaborated that this new stance has been taken in order to give a boost to the local job market. He added:

“The players in the financial service market are becoming more diverse, with new companies entering, and the competition in the financial market is becoming fiercer. … Fintech is an area that requires new technologies, and it will solve the youth job problem by increasing job positions for young people.”

By cutting back on pre-existing regulations, the FSC hopes to create more jobs as well as lower daily service charges for the common man. Additionally, there are also plans to implement an all-new app-to-app payment system that will enable users to buy/sell products without the use of credit or debit cards.

As of now, FinTech companies like Toss and banks such as K Bank and Kakao have already started testing out the aforementioned technology, but there is no word as to whether the projects have been successful or not.

What does the future of crypto look like in South Korea?

South Korea along with Japan boasts of one the largest crypto markets in the world today. However, amidst fears of financial instability last September, the Korean government clamped down on the crypto market and started regulating digital assets quite sternly, with ICOs being banned entirely.

Since the beginning of 2018, the country has been steadily overhauling its financial schemes so as to accommodate cryptocurrencies.

As we speak, there are many regulations in place which claim to be there to prevent “illegal activities from taking place.”

Considering the pro-crypto sentiment that is currently being promulgated worldwide despite all of the negative press, it seems like governments are realizing the futility of banning crypto, and thus are now looking to strategically employ them in a way that helps their economy.