A legislative body within South Korea is moving to lift the government’s ban on initial coin offerings as a group of lawmakers led by Rep. 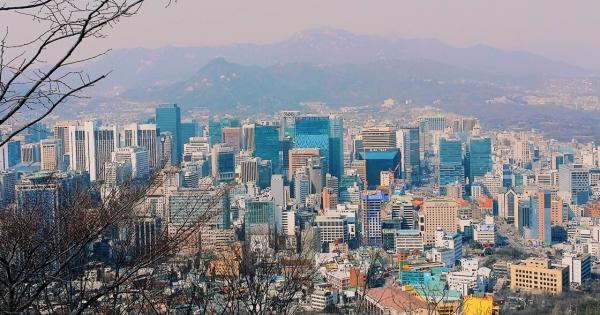 Photo by Jenny Kim on Unsplash

A legislative body within South Korea is moving to lift the government’s ban on initial coin offerings as a group of lawmakers led by Rep. Hong Eui-rak is drafting a bill to legalize ICOs under government supervision.

During a speech brought before the National Assembly on the topic of cryptocurrencies and Blockchain technologies, Hong affirmed the place of ICOs within the current financial ecosystem, unveiling the bill which was based on a joint study conducted by his office alongside the Korean International Trade Association. While the bill does not seek to provide ICOs with unlimited freedom, it will provide them with a future framework to exist, with Hong stating:

“The primary goal (of the legislation) is helping remove uncertainties facing blockchain-related businesses.”

South Korea’s ICOs will be conducted with the with tight supervision from the Ministry of Science, ICT and the Financial Services Commission, proposing that ICOs should only be initiated by research centers and public sector groups.

This requirement endeavors to streamline the ICO process by redirecting potential offerings through official channels in an attempt to filter out illegitimate and potential fraudulent parties.

Hongs sentiments were reflected by the Speaker of the National Assembly, Chung Sye-kyun, who raised the notion of the capacity of ICOs to provide valuable projects to the wider community saying:

“Blockchain and cryptos can be used in various public sectors for good causes. Given their potential, we need to work to help reduce the political uncertainties they face,”

This position is a stark contrast to South Korea’s previous standing on cryptocurrency based revenue raising activities which consisted of a blanket ban, causing popular South Korean exchanges such as Bithumb to move operations to Singapore in order to circumvent the jurisdiction of the law.

Relocation has become a common trend in countries with stifling regulations or outright bans on crypto infrastructure.

After both China and Japan implemented such restrictions, they saw leading exchanges and mining companies simply move abroad, with the world largest exchange Binance shifting its business to Malta while mining companies like BTC. Top — one of the world’s third-largest mining pools — relocating its operations to Canada.

While South Korea’s bill is still in its early legislative stages, it represents a decisive shift in the South Korean government to provide cryptocurrency and the existing frameworks of the crypto economy with adequate guidelines to flourish alongside a carefully considered legal system.

A proposed timeline for these changes has yet to emerge, however recent interviews with Kang Young-soo of South Korea’s Financial Services Commission have acknowledged a positive outlook on ICOs. In a recent statement reported by the Korea Times, he remarked:

“There are many speculating about the possibility of allowing ICOs. The FSC has acknowledged a third-party view regarding the issue, but there’s nothing that we can say officially at the moment,”

With interest in cryptocurrency and ICOs rising financial authorities in both South Korea and Worldwide are beginning to accept and provide support systems to enable investors to make better investment decisions. As the global market continues to develop, South Korea will play an increasingly important role in helping to shape and hopefully improve its burgeoning digital economy.