Fighting back against the SEC, the XRP Army is asking the crypto community to contact Joe Rogan's team to have Attorney John Deaton appear on the podcast. 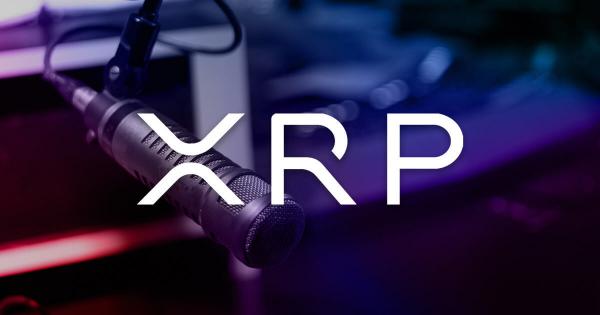 In an attempt to lay bare the dealings of the SEC, the XRP Army is rallying support to get Attorney John Deaton on the Joe Rogan podcast.

Attorney Deaton is a prominent figure in opposing the SEC lawsuit against Ripple. He’s primarily known for his role in enacting Amicus Curiae (Latin for “friend of the court) for 65,000 XRP holders, thus allowing investors an opportunity to voice their opinion in court.

“[Amicus Curiae refers to] A non-party with an interest in the outcome of a pending lawsuit who argues or presents information in support of or against one of the parties to the lawsuit.”

The XRP Army goes on the offensive

The U.S securities regulator brought legal action against Ripple, in December 2020, over allegations it sold $1.3 billion of unregistered securities over seven years.

But as the lawsuit progressed through the pre-trial phase, it became increasingly apparent the SEC did not act impartially. The main argument centers on the agency picking winners and losers by treating XRP as a security while giving Ether and Bitcoin a pass.

Tied with this is a litany of other subpoints. This includes the links former acting SEC Director Marc Berger has with the Ethereum Enterprise Alliance, and former SEC Director William Hinman backtracking on a speech in which he said Bitcoin and Ether are not securities.

Hinman now claims this comment was his personal opinion and should not have been taken as regulatory guidance.

With so much to pick apart in these two incidents alone, Attorney Deaton won’t be short of conversation should he make the podcast appearance.

However, making that happen requires enough supporters to contact Rogan’s team. The relevant form can be found here.

The jury is out over Joe Rogan

Over the years, Rogan has conversed with numerous high-profile individuals in his trademark “go anywhere” style. The result is a catalog of consistently compelling content that few can match.

Having said that, Rogan does have his detractors, and in a politically divided America, voicing his support for Trump over Biden (in April 2020) has branded him a far-right zealot.

As is often the case, Rogan’s comment was taken out of context. What Rogan meant to convey was his support for Bernie Sanders over Joe Biden. However, that one misunderstanding has tarnished his reputation among black and white thinkers.

Despite losing the number one podcast position on Spotify, the Joe Rogan Experience still reaches 11 million people per episode.

If it’s exposure the XRP Army wants, perhaps putting aside political differences is the way forward.

Although the SEC is accused of waging war on cryptocurrency, the agency maintains that legal action against Ripple is about enforcing protections fundamental to a robust market system.