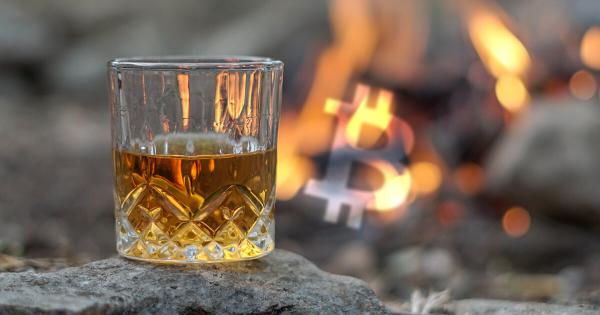 Fears of massive oncoming inflation, led by incessant money printing and economic disbalance in the US, is causing investors to seek refuge in a variety of alternative assets, including Bitcoin, gold, and even whiskey.

Per a Bloomberg report, investors have started to store gold bars (like they do in the movies) on a premise of fiat currencies facing a future where they are no better than crumpled bits of paper.

That chorus is led by Bitcoin and gold investors and perma-bear pundits who warn that near-zero interest rates and unlimited bond purchases by the US Fed would result in the economy flooded by cheap money — driving up consumer prices and ultimately creating a market bubble bound to burst.

But that’s not to say that investors are calling for an immediate spike in inflation, as consumer prices in the US rose just 1% from last year to July 2020. However, fixed-income investors from banks and retail areas alike are seeking a tiny 1.7% interest rate in the next decade.

For some, those returns are not attractive, and even indicative of a larger concern.

“A rate of inflation at 3% is hardly hyperinflation, but 3% inflation per annum can erode your wealth by half in under 25 years,” said Nikhil Chandra, investment director of real assets at Aviva Investors.

He added that “anyone would be hard-pressed to say that inflation is dead,” arguing for income-producing investments such as real estate as a way to “stay ahead of prices.”

Bitcoin akin to gold for some

While most traditional market participants are majorly betting on gold, there’s an increasing cohort that’s turning to find the potentially unlimited upside in cryptocurrencies like Bitcoin. Galaxy Digital founder Mike Novogratz, famous in the cryptocurrency community on Twitter, is one of those.

“Gold, Bitcoin—both of them, I think, are protections just against this uncertainty that’s out there,” said Novogratz. He reportedly has hundreds of millions of dollars tied up in cryptocurrencies and related businesses.

For Novogratz, crypto investing is similar to gold, the report stated:

“Bitcoin derives much of its value simply from people believing it’s worth something. (Neither asset produces income or earnings.) What makes Bitcoin relatively more attractive [to him] is that it’s still in its early adoption stages.”

Whiskey investing is now a thing

Meanwhile, some investors are shunning both gold and Bitcoin for another (literal) liquid investment: aged, good-quality whiskey.

Look no further than commercial property investor James Scott, who told Bloomberg he has over 4,000 liters of an assortment of whiskeys stored in a warehouse in Scotland.

His most recent sale can low-key rival recent Bitcoin gains — Scott claimed to have sold a 28-year-old cask of Bunnahabhain after it appreciated “10% in 11 months.”

Turns out in the battle of inflation, it’s all about the poison you choose.

Robert Kiyosaki, the author of one of the top personal finance books of all time, stated that cryptocurrencies, gold, and silver, will triumph over an impending economic crash — the likes of which the world has never experienced.