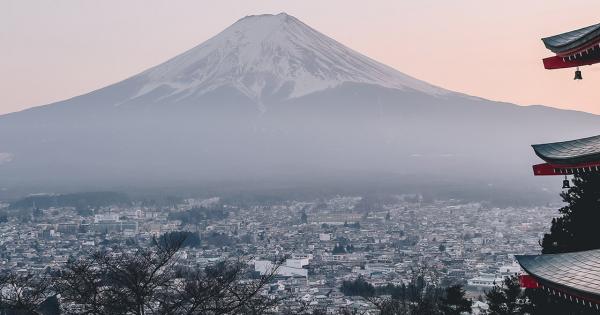 Photo by Manuel Cosentino on Unsplash

Bithumb, the largest crypto exchange in South Korea by trading volume and user base, is expanding to Japan– the biggest market for cryptocurrency investors, despite the controversy surrounding its recent security breach.

Is Expansion the Right Decision?

In June 2018, CryptoSlate reported that Bithumb was hacked for $31.5 million through a breach in which local analysts described as a series of advanced persistent threat (APT) attacks.

In an official announcement that was deleted moments after its release, the Bithumb team said:

“[Notice for the suspension of all deposit and withdrawal service] We checked that some of cryptocurrencies valued about $30,000,000 was stolen. Those stolen cryptocurrencies will be covered from Bithumb and all of assets are being transferring to cold wallet.”

On June 20, Bithumb suspended deposits and withdrawals to secure sufficient time to update the platform and improve its internal management system to prevent similar hacking attacks in the future. At the time, investors on the Bithumb crypto trading platform fully understood the necessity of a recovery period for developers to determine that the exchange is safe.

Controversy emerged when the Bithumb team continued to halt deposits and withdrawals subsequent to recovering around $16 million from the hack, causing the Kimchi Premium, which the Financial Services Commission (FSC) chairman Kim Yong-bum was greatly satisfied to see disappear, to re-emerge.

Still, as of July 15, deposits and withdrawals on Bithumb remain disabled, and no updates have been provided as to when the exchange will allow investors to withdraw their balances from the exchange.

Upon release of the report of the South Korea Blockchain Association (SKBA), which claimed every crypto exchange in South Korea are approved of having adequate security measures and internal management systems, investors publicly expressed their concerns over Bithumb, specifically regarding the legitimacy of the report given that Bithumb was approved by the SKBA after it suffered its biggest hacking attack to date.

The ambitious plan of Bithumb to become the first crypto exchange in South Korea to expand to the European and the Asian cryptocurrency market was released to the public amidst a major scandal that left even its most trusted investors and users wondering about the long-term future of the company.

The general consensus in the local crypto market in South Korea amongst investors is that Bithumb must allocate the majority of its resources to solve all of the problems pertaining to the June security breach, before pondering various ways to expand to different markets.

Earlier this week, ZDNet Korea exclusively reported that Bithumb is expanding to Japan, the UK, and Thailand, and have already established legal entities in the three countries with the vision of initiating crypto-to-fiat trading by the end of 2018.

The local financial publication reported that the Bithumb team has already initiated the process of acquiring a license from the Japanese government to operate as a fully regulated cryptocurrency exchange. The Bithumb team said:

“Japan currently accounts for more than 50 percent of the global crypto exchange market, and the Japanese government is playing a vital role in regulating the cryptocurrency sector.”

A spokesperson for Bithumb added that in the upcoming months, Bithumb will continue to target the cryptocurrency market of Asia with an intent of providing crypto-to-fiat support in every region that has regulated cryptocurrency trading.