The United States Federal Trade Commission (FTC) is blowing the whistle on of a new Bitcoin blackmail scam—one purportedly targeting men with a disposition for extramarital “activity.” According to the government’s consumer protection watchdog, allegedly unfaithful men are being sent letters by scammers demanding a “confidentiality fee,” payable in Bitcoin, in return for silence. 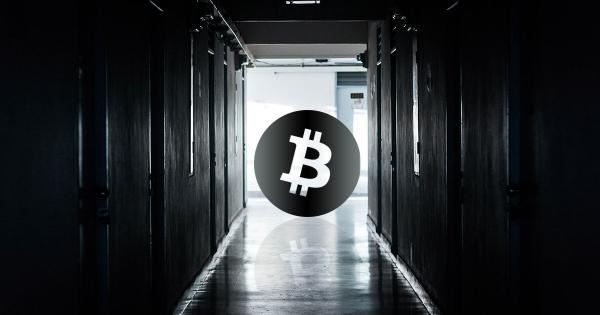 Photo by Nevin Ruttanaboonta on Unsplash

The U.S. Federal Trade Commission (FTC) is blowing the whistle on of a new Bitcoin blackmail scam—one purportedly targeting men with a disposition for extramarital “activity.”

According to the government’s consumer protection watchdog, allegedly unfaithful men are being sent letters by scammers demanding a “confidentiality fee,” payable in Bitcoin, in return for silence. The letters also educate victims on how to make payments in Bitcoin, should they run into a technological hurdle.

Posted on the FTC’s consumer education blog, Aug. 21, the warning contains a sample excerpt of a scammer’s “chilling words”:

“I know about the secret you are keeping from your wife and everyone else. You can ignore this letter, or pay me a $8,600 confidentiality fee in Bitcoin.”

The FTC, which exists to stamp out anti-competitive and deceptive business practices, described the scheme as a “criminal extortion attempt to separate people from their money,” and encouraged any potential victims to alert the FBI and local authorities.

While the agency has only warned men of being at risk, it may have only scratched the surface of the issue. A number of female users responded in the post’s comments section to explain how they too have been preyed upon.

“I am a female and received such a scam letter, stating that they had pics of me involved in sex acts and would expose me if I didn’t pay them thousands in Bitcoin.”

Given the sheer sophistication of most modern-day cryptocurrency scams, such schemes are a throwback to the technology’s earlier days–when Ethereum was but a glint in Vitalik Buterin’s eye, and Bitcoin was, to many, a way to make nefarious purchases on the dark web.

The blockchain industry (and its reputation) has come a long way since the days of the Silk Road, seeing a number of technological solutions spawned to nullify scams, frauds and hacks, such as Sentinel Protocol’s artificial intelligence- and blockchain-powered cybersecurity ecosystem.

Engineered solutions may offer impenetrable security; yet, the FTC’s latest warning seems to suggest that human weakness is the biggest chink in the cryptocurrency holder’s armor.

The FTC claims this is a growing threat, having stated in June:

“As consumer interest in cryptocurrencies like Bitcoin has grown, scammers have reportedly become more active in this area. Reported scams include deceptive investment and business opportunities, bait-and-switch schemes, and deceptively marketed mining machines.“