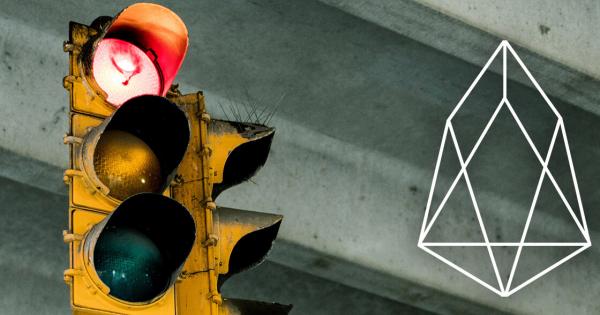 The EOS blockchain launch has been confirmed for launch at 1PM UTC time today, with a unanimous decision amongst voters. The mainnet is now in the process of being launched, with a live feed provided by EOS Authority counting down the seconds to activation.

The EOS mainnet activation process has been lengthy, with block producer candidates — who will function as validators in the network — voting to determine whether the blockchain will go live or not. The EOS project, created by Block. One, raised roughly $4 billion and will use a consensus mechanism that allows network participants to “vote in” block producers.

The EOS mainnet launch is currently in full swing and will consist of five stages. The snapshot stage follows the finalization of the EOS ICO last week, which has resulted in a final snapshot of all balances and accounts for the crowdsale completed by block candidate EOS Authority first.

The second stage of the launch is the boot stage, in which the EOS chain is booted with snapshot data and all initial contracts, followed by the test stage. The test stage, already complete as of the time of this report, was subject to a short delay due to a range of security tests and the necessity of a “go” vote from block producer candidates.

The enable stage will see the block producer community release a joint statement once it’s safe for network participants to vote. For the EOSIO chain to be considered enabled and valid. 15% of all tokens will need to stake votes for block producers. There is no set period for this voting process — the time frame of the enabling stage will depend on the EOS community.

Roshan Abraham of EOS Authority commented on the voting process:

“We are currently working with other block producer candidates to launch the EOS mainnet. The chain will be launched with EOS v1.0.2 which was released a few hours ago.”

Once 15% of all tokens have been staked and used to vote, the EOS chain is considered valid, resulting in all normal functions of the chain being activated. Appointed block producers will be replaced by the block producers that have been voted in by the EOS community, and the chain will go live. At this stage, EOS holders will be able to unstake their EOS balance and begin executing transactions such as RAM trading, payments, Dapps, and more.

There are currently more than 200 EOS block producer candidates competing for nomination as community-appointed block producers — a map provided by EOS GO demonstrates a wide distribution of candidates across the world:

The launch of the EOS mainnet is a major step forward for the high-profile EOS project, which has captured a large amount of both positive and negative community attention since inception. The manner in which the genesis block of the chain will be created should prove to be an exciting event, as the final candidate will be chosen randomly from the list of communist-elected block producers.