Charles Hoskinson, the CEO of IOHK, discussed in detail what the next month will have in store for Cardano (ADA). 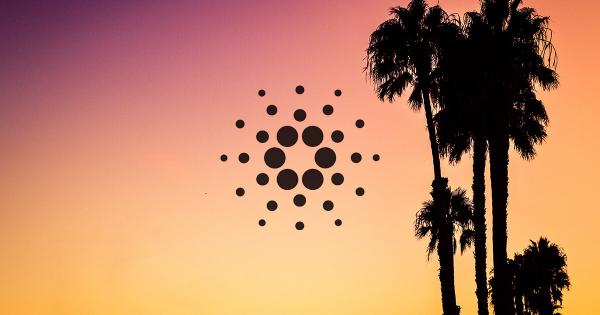 Photo by Stuart Guest-Smith on Unsplash

Charles Hoskinson, the CEO of IOHK, discussed in detail what the next month will have in store for Cardano (ADA). With Shelley set to be released on Wednesday, almost all of the teams working on Cardano have already begun shifting their focus on other eras of the blockchain—Goguen and Voltaire.

The rocket’s loaded and waiting for takeoff

The three-step process to update Cardano from a centralized platform to a decentralized and federated system is nearing its end. The hard-fork that will bring about the launch of Shelley, Cardano’s staking era, is scheduled for Wednesday, Jul. 29, and is set to bring some much-needed closure to five years of development.

However, it won’t bring a stop to the huge development machinery that underpins the project.

Charles Hoskinson, the CEO of IOHK, said in his recent YouTube video that only the core Shelley team will be taking a short break next month. The rest of the teams working on Cardano will keep going full steam ahead.

When Shelley is released, there will still be a lot of technical debt to reduce and lots of bugs that need to be resolved. August will be a catch-up month to clean up everything from the source code to the documentation around Shelley, Hoskinson said.

In the meantime, a parallel team is set to release its own product—Voltaire. Cardano’s governance era is being heavily worked on by its own dedicated team, which will start the process of getting people to register for voting and enabling the voting process on the blockchain in late August.

Once the voting system is in place and all of the users are successfully onboarded, the first round of funding should begin. According to Hoskinson, around $250,000 in funding will be available either in September or October, while new funds will open up every six to eight weeks. As time goes by, the team working on Voltaire will add more voting methods, come up with new incentives for users to participate in the process, and introduce more platforms where users can vote on. The process, he explained, will be an “organic iterative phenomenon.”

A lot more information about Voltaire will be available on Jul. 30 during the monthly Cardano product update. Several product managers will talk about what the DC Fund is about and in which order will the Voltaire features be turned on.

The fine print on what August will bring

To those unfamiliar with Cardano, it might look like IOHK has already got its hands full dealing with Voltaire. However, those watching the project closely won’t be surprised to find out that the company is notorious for its parallel development processes.

As the Voltaire team begins introducing voting to the blockchain, other teams will already be knee-deep in developing and upgrading Daedalus. Hoskinson said that there is still between four and six weeks of work left to do on Ledger rules, noting that the hardware of the wallet is already fully compatible with the Daedalus Wallet. Work will also be done on improving and streamlining the exchange integration process, as both Hoskinson and the rest of IOHK anticipate huge interest in Cardano from trading platforms.

The network team is currently in the process of scaling. Once it onboards more people, it will start rolling out various peer-to-peer functions on the blockchain. Come fall, the team will run a series of profiling experiments and turn on the peer-to-peer governor that has been built into Shelley.

In the meantime, the consensus team will act as a sort of auditor. It will be closely monitoring all of the work being done on Cardano and take time to make sure everything is being “done right.” They’ll also be working closely with stake pool operators and exchanges, Hoskinson said.

He also told viewers that he will be taking some time off next month alongside the Shelley core team. However, that doesn’t mean that he’d spend August idle—a big chunk of his spare time will be spent on laying down the development and release strategy for Goguen.

What he seems most interested in is the multi-asset aspect of Cardano, which he said needs to be further refined. Aside from that, he will also be involved in the more day-to-day operations of both IOHK and the Cardano Foundation. He told viewers that it was important to make sure that the two entities were “staffed up” for Goguen. This means that high-level developer acquisition will be something a lot of time and resources are spent on in the following months. Considering that IOHK currently employs over 200 people across the globe, this could mean that dozens more could be joining the team.

But it’s not only Plutus developers that will be onboarded—Hoskinson said that he will be more involved in bringing in businesses to Cardano. While there’s already a B2B arm within the company focused only on outreach, Hoskinson’s direct involvement in big institutional deals will certainly speed up the process.

The ambitious goal of Goguen

Goguen, the phase of Cardano that will fully unlock its smart-contract functionality, is quite possibly the least talked about aspect of the blockchain. It is, however, quite probably, its most important one.

As Goguen will be what ultimately makes Cardano a multi-asset ledger, it requires a lot of work to roll out. Hoskinson said that the core Shelley team is going to roll over and merge with the Plutus team at the end of August. Come September, the newly homogenized team will start working on UTXO and multisig for Goguen. One of the first orders of business for Goguen will be to sort out through the token locking process and streamline the rules for native assets that will be issued on the blockchain. While Hoskinson said that we could expect this in September or October, he also noted that a much clearer schedule will be available after the team finishes its first few sprints next month. The Hydra team working on-off chain scalability will also be hiring new members.

None of this, Hoskinson noted, would have happened without the accrued interest and support form the Cardano community. This is why, while IOHK is busy building smart contracts and governance into Cardano, the community will be given the very important task of polishing up some of the blockchain’s features. Hoskinson wants the community to go over subjects such as the token spending policy, vanity addresses, and various other standards that are and could be deployed on Cardano.

“Welcome to the dawn of Shelley,” Hoskinson said.

Despite the significant progress being made, he explained that everything that has happened in the past several weeks had been “bittersweet to a certain extent.” And it’s not hard to see why—five years of development won’t end with fireworks or with a major price pump. When the Shelley hard fork is deployed, IOHK will continue working equally hard on Voltaire and Goguen. With most of the crypto industry-defining a project’s success by the price movements of its native coin, it’s very likely that a thing as major as Shelley won’t be seen as a major success by many.

Nonetheless, it doesn’t mean that success will go on unnoticed. The Cardano community seems unusually impervious to pumps and dumps that have become synonymous with altcoins, which means that most are here for the long haul.