Bitcoin’s network growth is declining; here’s what it means for the bulls 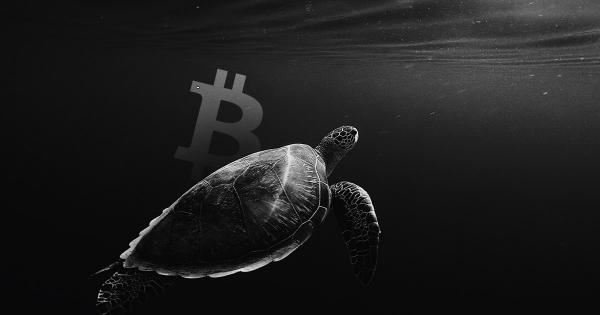 Photo by Anna Wangler on Unsplash

Investors are growing more optimistic about the coronavirus outlook and this can be seen in the rise of the U.S. stock market. This sense of bullishness, however, is not visible across the crypto markets and on-chain data reveal that Bitcoin is turning bearish.

Over the last few days, the U.S. stock market has enjoyed an impressive rally considering the state of commotion around the global economies.

The Dow Jones Industrial Average, for instance, rose over 300 points since Monday. Meanwhile, the Nasdaq Composite and the S&P 500 surged nearly 4.8% and 2.5%, respectively.

The Federal Reserve’s unprecedented measures to provide relief from the havoc caused by the ongoing pandemic seems to have boosted the stock market. And now, some of the biggest banks in the U.S., such as Goldman Sachs and Morgan Stanley, are growing significantly bullish about what the future holds.

This sense of optimism, however, has yet to spill over the cryptocurrency market. Indeed, some of the most prominent figures in the sphere remain extremely fearful about Bitcoin’s outlook.

In the April edition of “Crypto Trader’s Digest,” the CEO of BitMEX, Arthur Hayes, suggested that despite the recent performance, he could see the flagship cryptocurrency retest the $3,000 price levels. The former institutional trader argued that the chance of this happening is “absolutely [likely …] if the S&P 500 rolls over and tests 2,000.”

Along the same lines, American programmer Ross Ulbricht, also known by his online moniker “Dread Pirate Roberts,” explained that Bitcoin is currently entering the second phase of the ongoing bear market. Ulbricht said that BTC could return to the $2,000s or even $1,000s by June or July, or well into 2021.

It is too early to tell whether or not Bitcoin is doomed to fail as a hedge asset through this economic environment. Nonetheless, on-chain metrics reveal many frictions for BTC to achieve new highs.

On-chain signs of a further decline in Bitcoin

IntoTheBlock affirmed that for the first time in a long time Bitcoin’s network growth is declining. More than 450,000 addresses have gone to zero over the past week. Meanwhile, the total average of new addresses being created is hovering around 383,000.

A declining network growth for an extended period of time can usually indicate a future slumping price, according to Brian Quinlivan, Market and Social Media Director at Santiment.

Coincidentally, the futures markets also show an “aggressive” sign of short selling. The open interest in Bitcoin contracts is up while the price is down. Jesus Rodriguez, CTO at IntoTheBlock, considers this as a “textbook bearish sign.”

Given the high levels of uncertainty in the crypto market, the odds for Hayes and Ulbricht’s pessimistic outlook materializing are not small. Now that earnings season has kicked off, investors will have solid data into the depths of the economic impacts of the pandemic. This could certainly serve as a hint of where Bitcoin is headed next.

Bitcoin’s trend has never been this weak before halving: Should bulls be worried?

In approximately 30 days according to estimates, Bitcoin will see its next block reward reduction or “halving,” in which the number of coins issued per block will get cut in half from 12.5 to 6.25.

Although Bitcoin investors expected disruption, what has transpired over the few weeks in the global economy has been wholly unexpected, even by some of the most radical thinkers.