Although a common sentiment in the Bitcoin community is that the cryptocurrency needs no certain individual to succeed due to its decentralized nature, American programmer Ross Ulbricht has been deemed one of the most integral members of the industry. 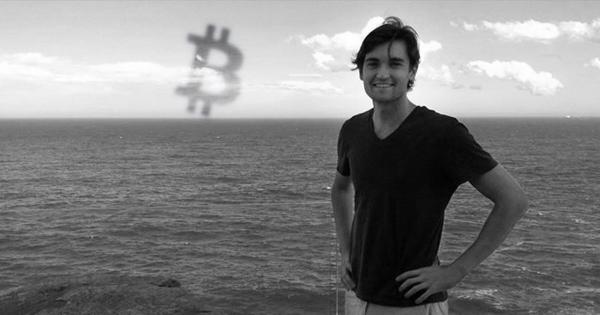 Although a common sentiment in the Bitcoin community is that the cryptocurrency needs no certain individual to succeed due to its decentralized nature, American programmer Ross Ulbricht has been deemed one of the most integral members of the industry.

Ulbricht, who is also known by his online moniker “Dread Pirate Roberts,” was actually unknown by his real identity when he was operating the Silk Road, the infamous dark web marketplace known for catalyzing much of the early adoption of Bitcoin when it was trading well under $1,000.

After operating the site for a number of months, the programmer was arrested, sentenced to prison. But this hasn’t stopped him from occasionally communicating with the outside world through messages and thoughts shared by his associates via his social media accounts.

On Apr. 11, he shared his latest thought: a bearish Bitcoin analysis.

Many in the community responded with shock or confusion, wondering why Ulbricht shared the post.

Ulbricht predicts bear market not over yet

Ulbricht, however, is not convinced. In a Medium post titled “Bitcoin by Ross #9: A Strong Signal for Lower Prices,” explained that per his look at BTC’s long-term chart, it is currently entering the second phase of the ongoing bear market.

Citing Elliot Wave, a form of technical analysis that suggests markets move in predictable wave-like phases due to investor psychology and other macro factors, the early Bitcoin adopter suggested that the cryptocurrency could return to the $2,000s or even $1,000s by June or July, or well into 2021. Such a drop would mark a yet another 70 percent crash from the current level.

Importantly, he asserted that calculating the second Elliot Wave is “difficult and imprecise,” writing how there is “no limit to how low it can go because [the first wave] started at $0.”

As a note, there likely is some lag between when Ulbricht wrote his thoughts down on paper and when they were released to the public,

While an innocent post, many in the Bitcoin community quickly reacted to the post with a flurry of thoughts and feelings. Some were somewhat dumbfounded, with John Carvalho, formerly of BitRefill, sharing:

WhalePanda, the pseudonymous Bitcoin trader and industry personality, shared a gif of “Spongebob” character Squidward ‘throwing out his brain’, attaching the message, “this is how I felt reading that post.”

Some were even blunter, with one half-jokingly writing, “I just have withdrawn my support for your petition,” referencing the long-standing effort to get Ulbricht released from prison.

Whatever the sentiment is, the shocked are seemingly choosing to omit the last paragraph he wrote from their memories.

Finishing his article, he wrote:

“As noted before, the end of wave II will be accompanied by extreme pessimism and possibly antagonism toward Bitcoin on par with the extreme optimism that accompanied the end of wave I. It will take fortitude to buy in such an environment, but the rewards as wave III takes prices to new highs will be well worth it.”

The key part, of course, is the end bit in which he wrote that the third Elliot Wave will “take prices to new highs” and will thus reward buyers of the bear market.

As Ulbricht concluded in a previous Medium post (published in December of last year) claiming Bitcoin could reach $100,000:

“So long as bitcoins are still being traded and the system remains technically sound, the end of wave II could be the best buying opportunity we will see for a very long time, perhaps ever again.”

Ross William Ulbricht (born March 27, 1984) is a convicted American darknet market operator and narcotics trafficker, best known for creating and running the Silk Road website from 2011 until his arrest in 2013. Learn More